Saturday, May 23
ODD ONE OUTSIDE W/ YOTTO
San Francisco - All Day ALl Night, DJ Dials, and Audio invite you to the first 'ODD ONE OUTSIDE' featuring YOTTO on May 23rd at the historic San Francisco Mint. Join us for a day party at one of the most iconic venues in the Bay Area.

Tickets go on sale March 4th at 10am

ABOUT THE ARTIST: Yotto likes walks in the park, nights by the fire, and deadpan stares across dinner tables. He also likes to produce electronic music. He recently made his debut on the BBC’s iconic Essential Mix, to add to his 5 ‘Essential New Tune’ nods from Pete Tong, and 2 ‘Hottest Record In the World’ selections on Annie Mac’s show. DJ support has proved devastatingly eclectic, ranging from Sasha, Laurent Garnier, Jamie Jones, Ko?lsch, Patrice Baumel and Adriatique. His multifarious remix list includes Gorillaz, Ro?yksopp and Coldplay. He also boasts a vibrant vocabulary.

On the live side, Yotto is a dazzling and dynamic presence behind the decks, equally at home sharing the bill with legends like Sven Va?th, Eric Prydz and Dixon to as he is going b2b with the world’s far-flung local selectors at the afterparty. Yotto’s 2017 saw a highly-anticipated release on Joris Voorn’s Green Records, followed by remixes of Gorillaz and Christian Lo?ffler, along with a 5-track EP on Anjunadeep. Yotto kicked off 2018 with ‘Chemicals’, his return to Green Records.

ABOUT THE VENUE: The setting makes you feel like you're in a castle in the middle of Europe and It still has burn marks from the 1906 fire which it survived. It's spectacular. The San Francisco Mint, also affectionately known as The Granite Lady, was said to have held nearly 1/3 of the nation’s wealth in its heyday. Opening in 1874, it miraculously withstood the devastating effects of the 1906 earthquake and fire and, continued operation until 1937. The Old Mint was designated a National Historic Landmark in 1961. 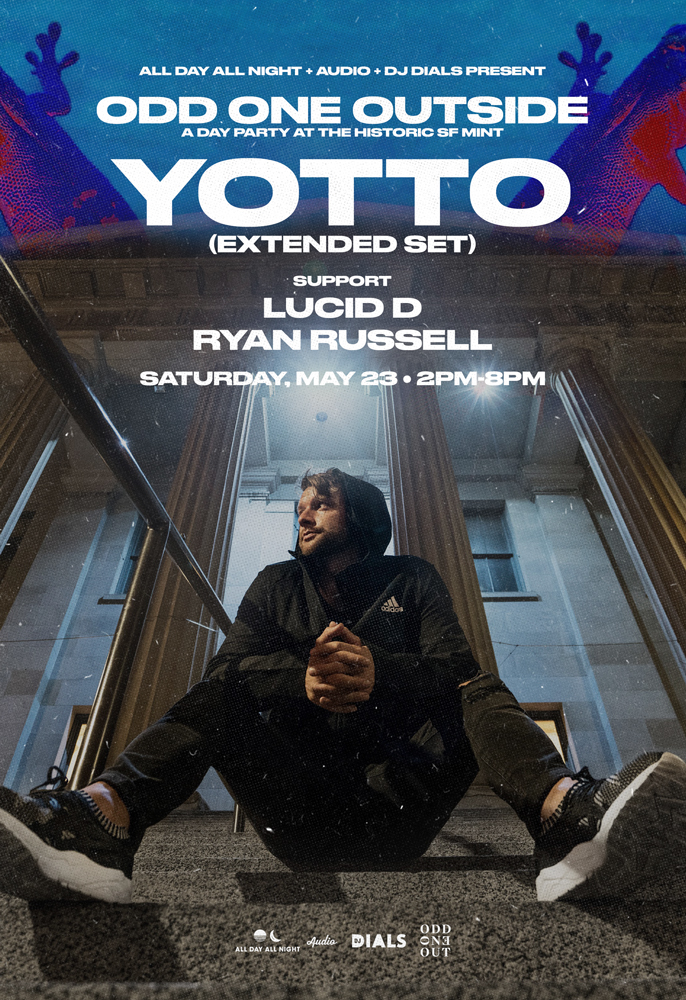