Friday, February 07
The Knocks and Friends
*** Online / Advanced tickets are now sold out. There will be an extremely limited amount of tickets for sale at the door, on a first come, first serve basis. To reserve a table and guarantee entry, please e-mail reservations@audiosf.com ***

Audio welcomes The Knocks and Friends on February 7th.

When it comes to origin stories, The Knocks have a good one. After meeting at The New School in New York City, Ben "B-Roc" Ruttner and James "JPatt" Patterson both found themselves in need of a place to live. The two moved in together, and quickly set about making their neighbors hate them. "Our apartment was this small, shitty Avenue C apartment with paper thin walls. We both had studio set-ups in our rooms," explains B-Roc. "It would be loud as hell, and the neighbors hated it. They'd knock on the walls and bang on the ceiling. We would go into each other's rooms and say ‘I just got the knocks.'"

Declared by the NME as one of the "20 hottest producers in music" as "cred-pop's answer to the Neptunes" by The Guardian - they are now one of the most buzzed-about duos on the electronic circuit. JPatt's background in soul and funk and B-Roc's years spent immersed in trip-hop and hip-hop beats has allowed them to quickly ascend the production ranks. Initially gaining recognition for their remixes for artists including Haim, Santigold, Foster the People, Two Door Cinema, Ellie Goulding, Chiddy Bang,Passion Pit and The 1975, they eventually found themselves experimenting with sounds of their own. B-Roc and JPatt didn't think much would come of a nearly five-minute track they had been building, all tense beats and tingling synths. "It kind of started out as a joke," says B-Roc. "But people were liking that more than the stuff we produced for other people," says B-Roc. "It felt right." The duo quickly discovered a newfound freedom in creating their own songs. "It's better because it's ours, and we can do whatever we want with it," explains JPatt. When The Knocks realized the chord they'd struck, they opened their own custom-built studio Heavy Roc Music on the Lower East Side in New York City. Over the past three years, the duo has been jet-setting around the globe for DJ gigs, sharing stages with Grouplove, M.I.A., Two Door Cinema Club, Dragonette, Sleigh Bells, Chromeo and chrome… all while releasing infectious singles that have turned The Knocks into blog darlings. After releasing "Dancing with the DJ" in 2010 via Heavy Roc , the song shot to #1 on Hype Machine and hit #1 on Japan's Electronic Songs Chart, with heavy rotation at JJJ. 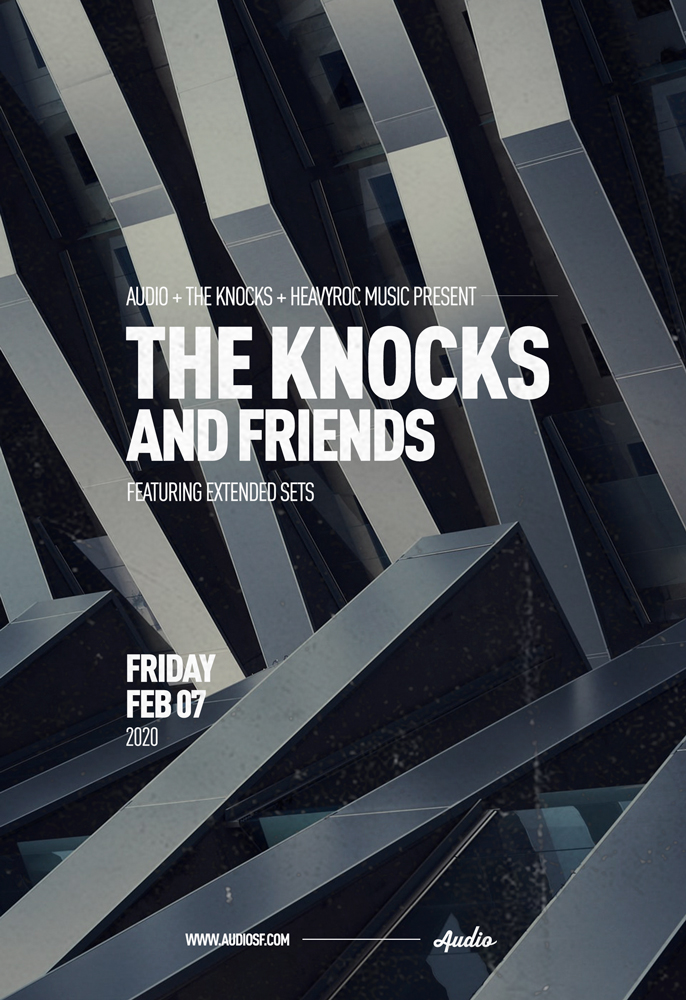