Friday, February 21
SPACE YACHT SF: BASS HOUSE MADNESS
Space Yacht is one of the most unlikely parties on the planet. Born from an underground showcase in Los Angeles, they are now responsible for debuting some of the world's most explosive dance music talent, running the gamut of dance flavors from house to dubstep to trap to techno and beyond. Taking the USA (and now the world) by storm with its surprise performances, forward-thinking bookings, and spontaneous pizza deliveries in the peak of the party, Space Yacht is a heatseaker for the next-up of dance music talent across the globe.

In their hometown of Los Angeles, the lineups are predominantly secret, and they only publish hints about the artists to get fans engaged in the discovery process. Some of the best performers are invited to join their worldwide showcases and festival stages, which included titans like EDC, Beyond Wonderland, Nocturnal Wonderland, Coachella, Buku, Miami Music Week, as well as club residencies at some of the most respected dance venues in their home country.

Space Yacht now organizes and curates over 150 showcases and festival stages around the globe each year, all dedicated to cutting edge dance music, and has a global mission to deliver new music to new places. 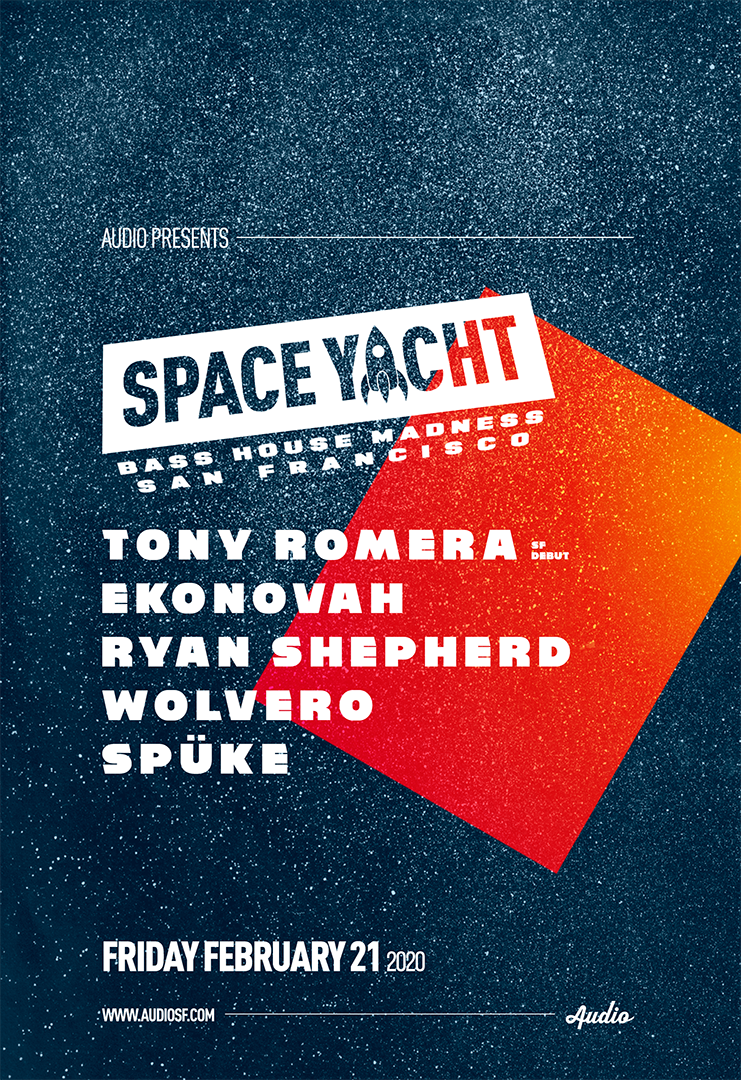