In the recent explosion of talent and DJs that the music industry has witnessed in the past few years, there are very few who can show the long-spanning career Hernan Cattaneo has cultivated throughout his over three decade span as an underground artist. Furthermore, there are few DJs can truly attest to the kind of dedication to a quality, underground sound that Hernan has uncompromisingly championed.

More than a performer, he has been a leader, taking the Argentinian house movement from a local collective to international prominence, and along with it exposing the world to some of the most now critically acclaimed sounds in progressive, house, and techno. His own imprint, Sudbeat, has released groundbreaking work from the biggest names in the business, from Danny Howells to Guy J, Nick Warren to Henry Saiz, as well as supported and launched careers for some of the world's newest groundbreaking acts such as Guy Mantzur, Marc Poppcke, and many others.

A seasoned producer in his own right, Hernan has further championed his own unique breed of electronic music that has time and time again found itself at the top of DJ's playlists, with a discography currently at over 30 original singles, 50 remixes, and 12 compilations to date. His remix along with Soundexile of Nick Warren's "La Fabrica" remains one of the most charted underground progressive tunes of 2013, and new collaborations with Guti (Wolf & Lamb), Omid 16B, SOS, and Soundexile are already in the works.

His story began in the mid-80s, when house music was just realizing itself, and icons like Frankie Knuckles, Derrick May, and Inner City were paving the way for new artists to emerge. Inspired by their sound as well as the post-punk innovations pioneered by artists like Depeche Mode and New Order, his love for music grew into a passion for performance, which would eventually land him his first residency at Buenos Aires's legendary Clubland.

It was at Clubland that he soon gained the respect, recognition, and friendship from the some of the most influential acts of the time, with nods from John Digweed, Sasha, and Paul Oakenfold to name a few. Moreover, it would in fact be his relationship with Paul that would lead to his invitation to join the legendary Perfecto Records.

From there, Hernan Cattaneo launched himself onto the international scene, first becoming Cream's official South American Resident, and then establishing himself overseas with residencies at Cream Liverpool and Ibiza. This would in turn lead to performances at legendary venues and events such as Burning Man, Bedrock, Pacha, and Fabric. By the time his first international compilation on Perfecto was released, Hernan had already established himself as a staple artist of the international scene, with his DJ sets receiving widespread acclaim for their ability to express a unique, thought-provoking musical journey: a talent he continues to this day.

The rest, as they say, is history!. With new accolades nearly every year of his career, from being charted in the top 10 of DJMag's top 100 DJs 2 years in a row (as well as a featured cover), performing at nearly every major festival in the world from Tomorrowland to Coachella, and holding residencies at Ibiza's biggest venues such as Pacha and Amnesia, Hernan Cattaneo is one of the foundations of the modern underground sound. Known for his love of all music, his dedication to his fans, and his commitment to consistently delivering quality, he has built a reputation for class and good showmanship that is often lacking in the modern music scene, and has proven himself one of the few artists who has proudly stood by his musical principles that he started with in the beginning of his career.

With a new Balance compilation forthcoming, an intense touring schedule at some of the biggest dance venues on the planet, and his Resident radio show which has garnered millions of plays over the years, it is fair to say Hernan Cattaneo remains one of the most active performers and producers in the scene today. Uncompromising and driven by a relentless passion to deliver the best to those who appreciate him, Hernan will continue to be one of the defining forces in underground dance music for many years to come.

From the sand in Nevada to the beaches of Tulum audiofly is in a class of its own always looking for the next frontier in pursuit of their own unique sounds.

Anthony Middleton and Luca Saporito aka Audiofly are currently on the lead-in electronic music artist of their genre. With a creative scope unmatched only my their dedication and drive this du has successfully over the past 13 years managed to build three record labels, a successful brand know world wide as Flying Circus. in a fast-evolving industry, Audiofly has effortlessly flowed through several genres changes, whilst all the time maintaining their unique identity.

Based out of Barcelona they have nurtured and supported the careers of many artists thru their original label; Supernature and global brand exposure via Flying Circus, names like Blond:ish, Bedouin and Dance Spirit to name a few have benefited from this community. Currently their latest project the label Flying Circus Recordings continue this tradition of nurturing the next generation of talent for our future enjoyment.

For this upcoming year the boys are giving focus to re designing and developing an enveloping all sensorial event that will draw the audiences into a new level of event experiences at many of the worlds biggest music events: WMC, Sonar Week, ADE, partnering with some of the industries best artists this promotes to be one epic ride. 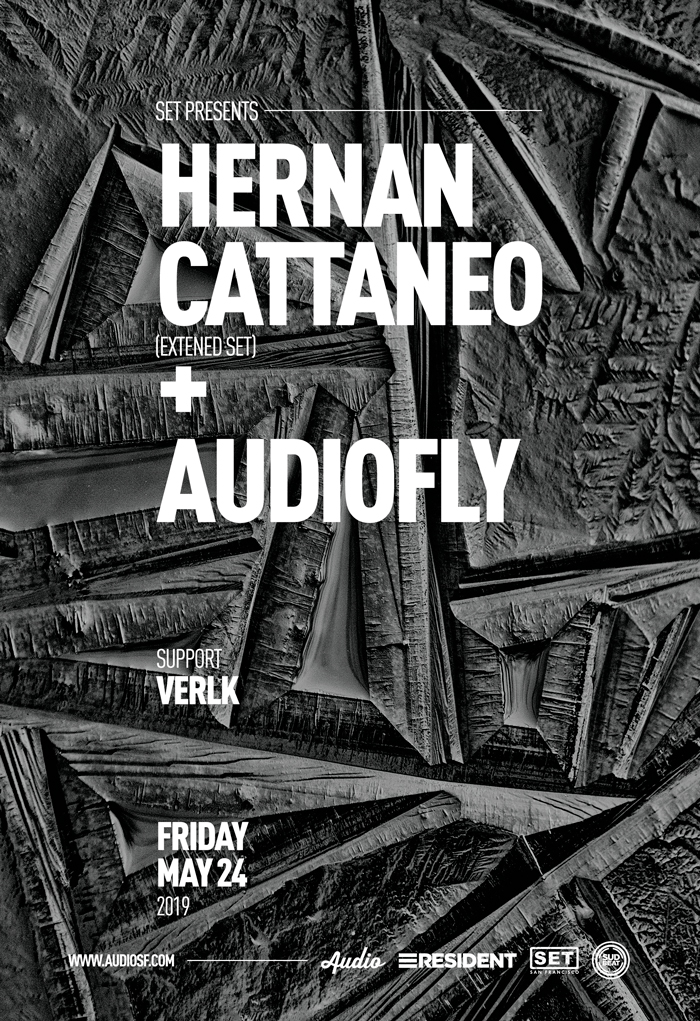