Friday, September 06
Nick Monaco
Following an unbelievable set at Outside lands, Nick Monaco hits Audio for the first time on 9/6. Catch one of the best talents in the game on the city's best sound system

Nick Monaco only has one secret — and it's that Nick Monaco is his real name. He's never afraid to be exposed.

He is a fluid, eclectic spirit, a way of being in the world. He's the guy that you swear that you know from somewhere. But it's not him that you recognize. It's the familiar, essential, pulse of his art and aura.

With his first two albums, Mating Call and Half Naked, Nick Monaco established himself as an irresistibly magnetic, relentlessly creative, and genre-defying artist in dance music. Now, with the creation of his new label, Unisex Records, and his forthcoming LP Heroin Disco, he announces himself again as one of the most original and insightful artists working in the genre. Always creating music toward the values of inclusivity, radical self-expression, the strange and uncanny, Monaco stands as a powerful and positive force against the homogeneity of mainstream dance music, asking everyone to wave their freak flags high along with him. 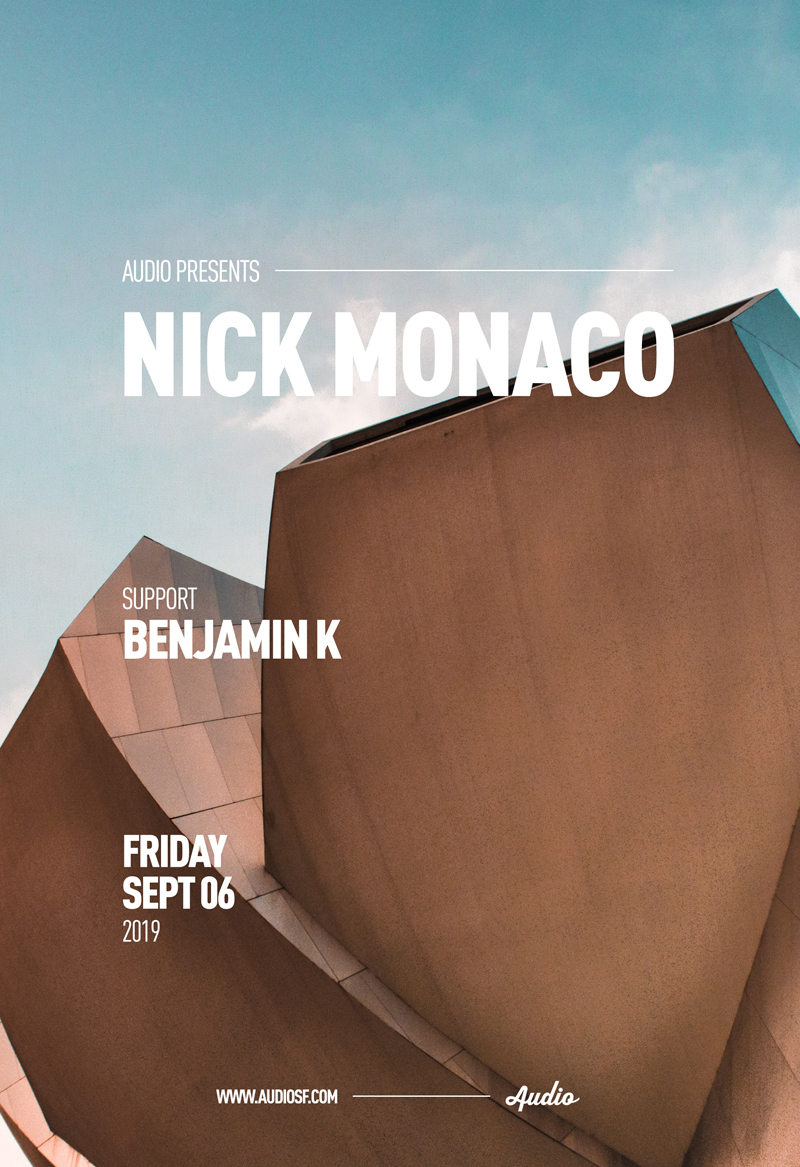