Audio welcomes the legendary duo, MSTRKRFT, to the club on Saturday, October 12th. Get ready for a wild ride.

The Canadian electronic music agitators have formally announce the record’s title OPERATOR and July 22 release date on Last Gang Records, along with a new song “Party Line.” Vocally powering the gallop of “Party Line” is one of the album’s select vocalists Ian Svenonius. Says Al-P from the duo, “Ian Svenonius of Nation of Ulysses, The Make-Up and more recently Chain and the Gang was someone who we had wanted to collaborate with for a long time. It wasn’t until we started writing OPERATOR that we realized this would be the project. We had a really strong instrumental piece with the working title ‘Party Line’ that demanded a vocal with a certain swagger. Ian was able re-contextualize the title and make it work with the lyrics he wrote, which became something we connected with personally, and fit perfectly with the entire album as a body of work.”

MSTRKRFT, who is Jesse F. Keeler & Al-P, quietly began work on OPERATOR in late 2013 at their Toronto studio, optimizing their analog attack with an arsenal of synths, 808s, 909s and other equipment to track and perform what would eventually become OPERATOR. They left the computer set to “record” and banged out hundreds of hours of music to draw from. “The ‘operator’ concept for us was essential in the creation of the music on this album, but I’m not sure what came first, the title or the idea,” says Jesse F. Keeler. “While browsing military related websites and blogs, mostly consisting of vets talking to each other like any civilian I suppose, I noticed repeated reference to something they called ‘operator culture.’ It seemed to be something that was sometimes laughed at, sometimes caused disdain, but was referenced constantly and seemed to be understood by everyone. I came to believe the operator concept is one of detachment.”

“For example, an operator of a tank referring to himself as merely the operator, rather than defining himself by what he is actually doing with the tank,” continues Jesse. “‘Operating’ a sniper rifle would seem to be a much easier concept to deal with than the reality of what being a successful sniper means. In the comfort of our rehearsal space, we had been going through a similar phase of discovering detachment. as we had decided to work entirely with hardware, all our old drum machines and modular synth collection, we had begun to feel more like operators than musicians.”

MSTRKRFT was last heard from in 2011 when they released the single “Back in the USSA.” It capped off an incredible run for the Toronto electronic dance music disruptors that began with their Juno Award-winning debut album The Looks in 2006. Electrifying festival appearances at Bonnaroo and HARD Summer followed, in addition to high-profile official remixes for everybody from Katy Perry and Kylie Minogue to Wolfmother, Justice and Bloc Party. 2009’s Fist of God boasted collaborations with the likes of John Legend, Ghostface Killah, E-40, N.O.R.E., Lil’ Mo and more as it predicted an eventual crossover between hip-hop and electronic music on the horizon.

Support by Sobey, and Late Eighties 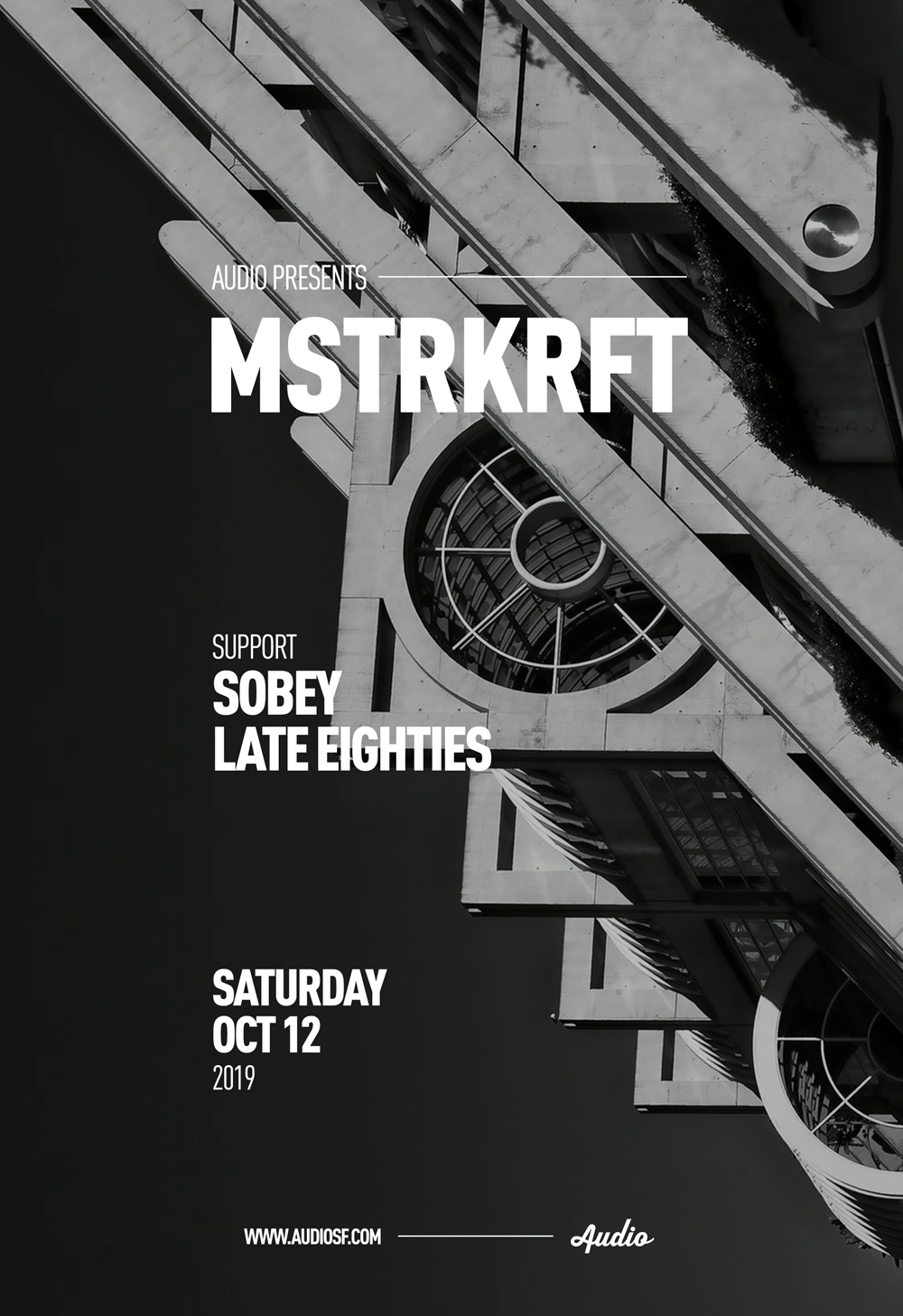