KONNEKTED is bringing back his concept Magia to the club on Saturday, July 16th for SOEL from Afterlife Label. Magia is a new experience that brings you on a beautiful musical journey, full of wonder, and synergy between people. Expect some magical moments with incredible sound and stimulating visuals.

Born and raised in Milan, and now living in NYC, SOEL’s passion for music first began at an early age thanks to his father, who collected cassette tapes and vinyl records by artists like Ry Cooder, Robert Johnson and Jacques Brel. Over the course of more than 10 years in music production and DJ’ing, SOEL’s inspiration has come from his cultural roots, Hollywood music composers and varying genres of music, but most of all - the world around him.

A life-long traveler, fashion and art enthusiast, SOEL’s musical evolution, multi-cultural experiences and individualism, are organically reflected in his music.He began composing music during adolescence, and within one year his productions were used by fashion designers in their seasonal shows, and were supported and played by some of the biggest DJ’s in the world, including Solomun, Hernan Cattáneo, John Digweed, Tale of Us, Carl Cox, Dixon, Adriatique, Chris Liebing, Stephan Bodzin, Rodhad, and more.

SOEL has been released on Afterlife Records, the label of Tale of Us and one of the largest electronic labels in the world, also on John Digweed's label, Bedrock Records ,as well as a sold-out vinyl EP on Recondite’s label, Plangent, and Adriatique’s label, Siamese.In February 2020, SOEL made his live-act debut at the CityFox LIVE Festival at Avant Gardner in NYC, one of the largest live-act festivals in the U.S., playing for 10,000 people.

Throughout the past decade, SOEL has refined his unique sound, that includes a mix of deeply emotional atmospheric techno sounds, blended with dark synths, cavernous drones and sharp percussions.The energy of his music flows seamlessly throughout his sets, captivating the crowd during the journey, with a masterful feel for progression and vigor.In 2020, SOEL opened his own electronic label, ORACOLO Records, which has a focus in dark, atmospheric techno and cinematic ambient. The label's most recent release, Tellurian, featured electronic music icons such as Recondite, VRIL, Dorisburg, and Luigi Tozzi. 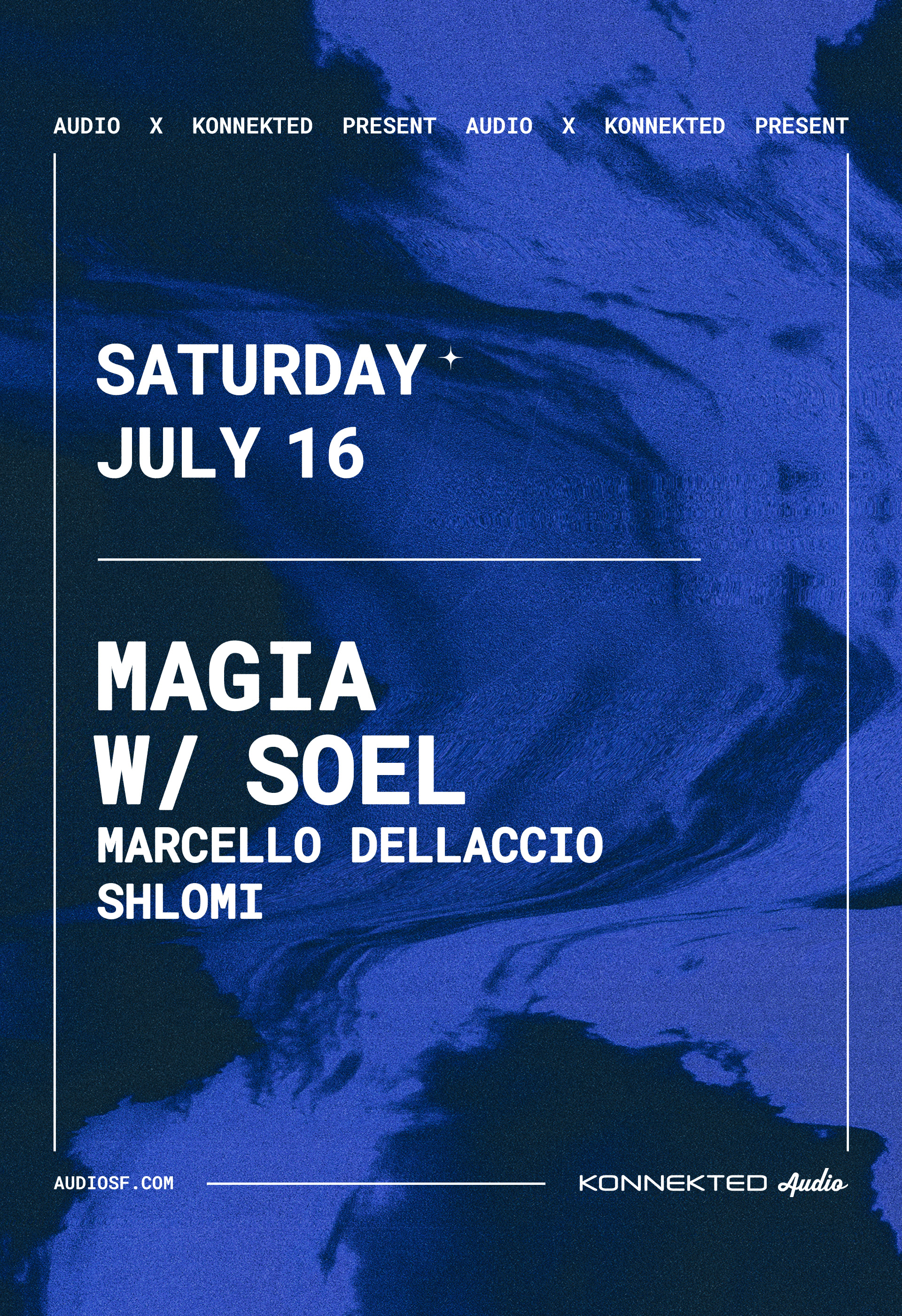