Wednesday, November 10
Luigi Madonna
Audio is working within the parameters of the SF Bar Owners Alliance which asks that customers and staff show proof of vaccination to attend our indoor facility.

Luigi Madonna has been a standout talent in the electronic music space for over two decades, loved by audiences and industry peers alike for his magnetic personality both on and off-stage. Absorbing influences from his native Italy, along with those who have gone before him, Luigi has created a definitive sonic palette founded on stripped-back techno and experimental sensibilities that have rightly earned him his place amongst techno’s elite.

A dominating figure on the DJ circuit in possession of infectious enthusiasm and a uniquely dynamic presence, Luigi has become a firm favourite at many of the best clubs and festivals around the globe including Awakenings, Sonus and Hideout, in addition to his residencies as at both Watergate, Berlin and Fabric, London to name a few. But it is perhaps the hidden depths of his hard drive that lies the real evidence of this truly versatile artist; experimental music that may never be released, acts as a breeding ground for the ideas found in his uniquely fluid strain of Techno.

Equally vital to Luigi’s ascendency into the top tier has been an impeccable stream of records via benchmark labels such as Drumcode, Second State and REDIMENSION, that have established his authority within the minimal techno realm. Raised on the sounds of Frankie Knuckles, Louis Vega and David Morales, Luigi’s early years in House have continued to shape his production output; an influence that has not only defined his style but has set him on a creative path to innovation. Pioneering a nouveau strain of purist techno, Luigi’s unique sound remains tethered to the roots of his early works, however, unrelenting in his forward momentum and pursuit of experimental sounds, his ever-flourishing discography has continued to evolve with the times, leading the circuit into new territories with this hypnotic contrast of old and new. 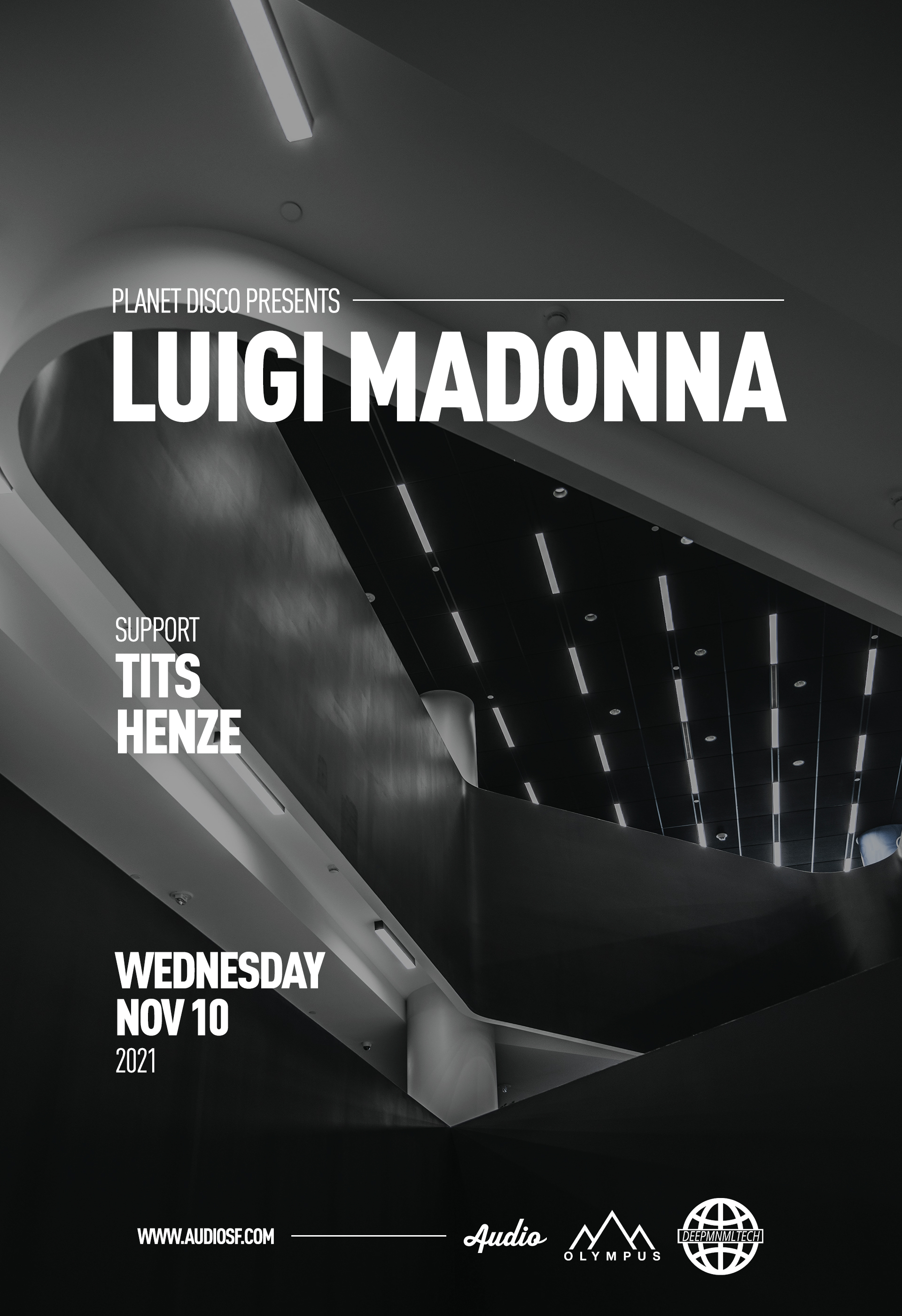