Music over everything. That’s the motto that has brought this 27 year old producer’s music to worlds largest stages. Having produced for 8 years, 2017 was his breakout moment. Lucati has gained the respect from the underground and the legends that sit at the top of the game. Artists such as Claude VonStroke, Shiba San, Tchami, Malaa, and Mark Knight have all played or released this young and handsome producers’ music. On January 1st, 2018 he debuted his Whistling Duck EP on the mighty DIRTYBIRD label to rave reviews. Mixing groovy, with casual, with sexy, Lucati’s unique sound emerges amongst the new wave of House producers. Refusing to impersonate his idols, but instead taking inspiration, Lucati aims for something different and unheard of. Ramping up in 2018 with a solid release schedule and upcoming shows, the sky’s the limit for this old dog.

LA based DJ & producer Dateless is making a name for himself, with his tracks receiving global tastemaker support, signed to labels including Jamie Jones’ HOTTRAX, Dirtybird, Snatch!, Food Music & Toolroom. His single ‘Ever Work’ on Insomniac Records became a top seller on Beatport. He recently launched his own LA based label Kolme Records, releasing his own music & also featuring other artist signings.

Nothing less than a rhythm junkie, this hopeless romantic’s productions most notably feature groovy Latin percussion sections accompanied by irresistibly funky basslines. With an ability to hear the extremely precise rhythm, Dateless separates himself from countless artists with his ability to intentionally create imperfect grooves. These subtle imperfections create the illusion that his music is being played by live instrumentalists, an element that does not go unnoticed by devout fans and artists alike.

On stage, he has an infectious energy that exudes passion and flair. His overly confident manner enables him to be in complete control of the crowd, comparable to that of a conductor guiding the musical performance of his orchestra. Ultimately his immense passion for music and extreme desire to be placed on the main stages of the biggest festivals results in timeless dance music that is sure to be heard around the world. Gig highlights so far include EDC Las Vegas 2018, EDC Mexico 2019 & other Insomniac festivals, Holy Ship, Dirtybird Campouts & Dirtybird BBQs.

Keep an eye and ear on this space because Dateless music is destined to echo in eternity. 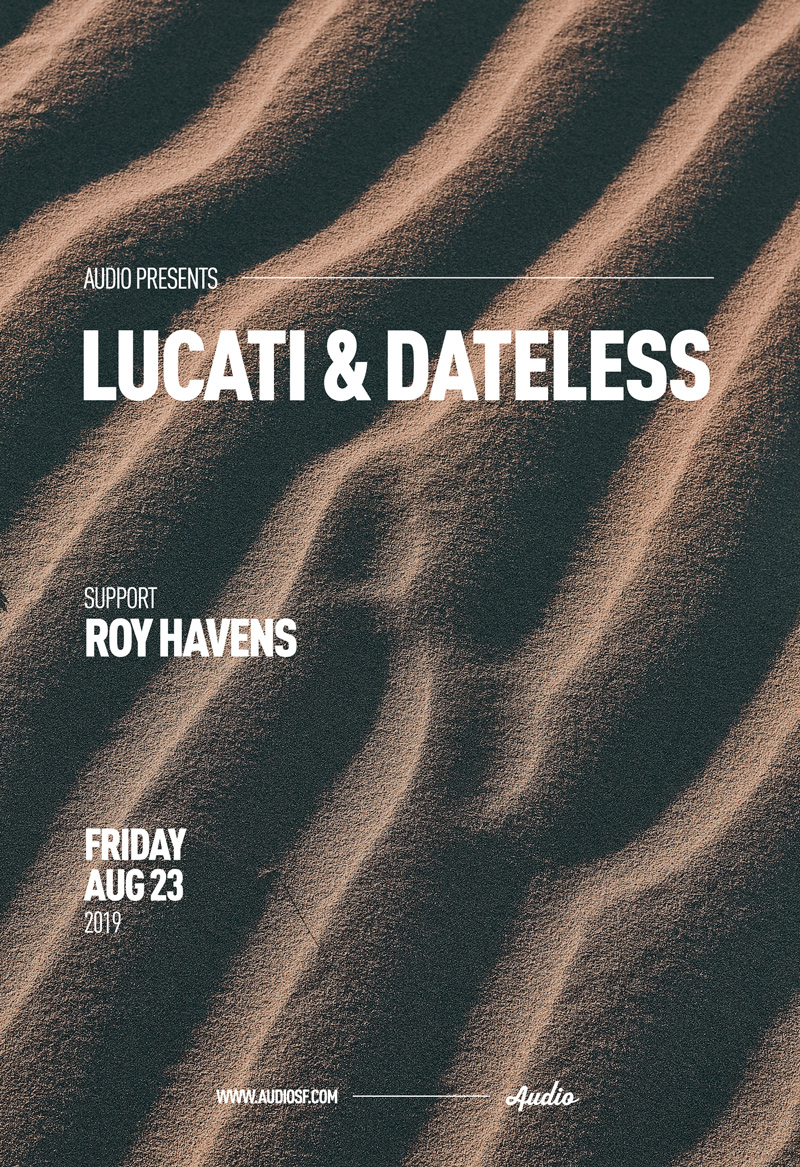