Friday, November 08
GRUM
GRUM returns to Audio on 11/8 for his album tour. 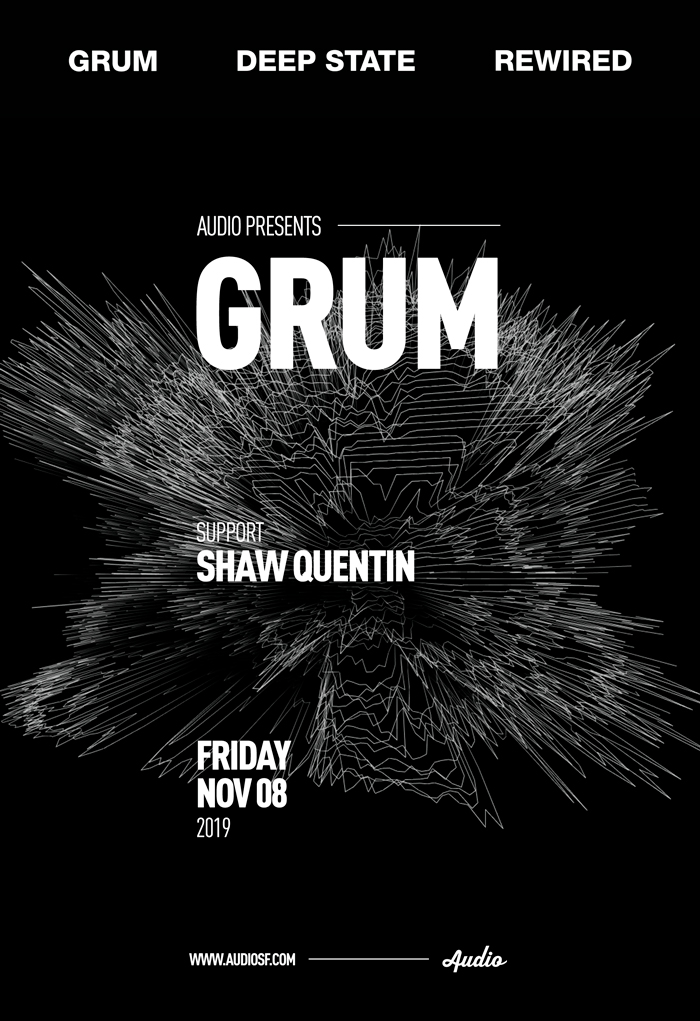