A global ambassador of Chicago’s classic house music sound, Gene Farris has spiritedly contributed to the evolving house and techno culture of this century. He began playing Acid House, Disco and the classic Chicago style of his peers at a young age, developing a unique sound that lead him to performances at Chicago’s legendary underground warehouse parties of the 90s, and a residency at the Power House. These formative experiences solidified his artistry, launching him into a four year residency in Amsterdam and an eight year residency at Chicago’s infamous Boom Boom Room. 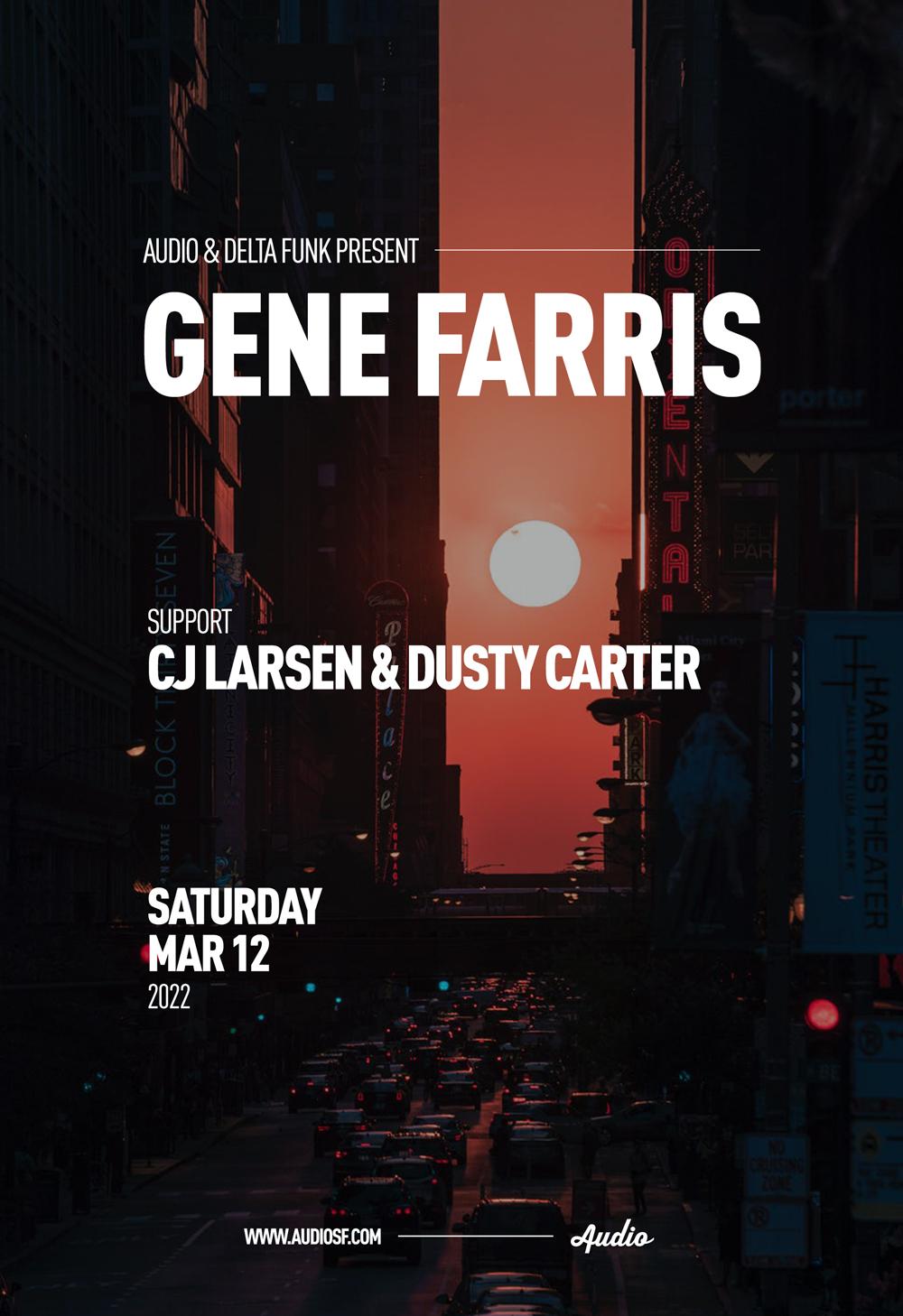