It would have been simple to take the easy route. After all, Josh Gabriel and Dave Dresden – better known as Gabriel & Dresden – boast one of the most impressive résumés in contemporary dance music, with over half a dozen #1 Billboard Dance chart hits to their credit, including remixes for Annie Lennox ("Pavement Cracks"), Jewel ("Intuition"), Sarah McLachlan ("Fallen"), and "Me Against The Music" by Britney Spears featuring Madonna. In addition, in 2003 they racked up an international pop hit with "When The Rush Comes" by Motorcycle (their collaborative project with vocalist Jes Brieden), and continued sending ecstatic surges through packed dance floors with underground faves like "Lament."

For their debut album, the team could have simply assembled a Greatest Hits set. Certainly, many of their high-profile colleagues have gotten away with exactly that. But, as anyone who has scrutinized their music closely recognizes, the reason Gabriel & Dresden have attained this pinnacle of success – in a genre that is too often defined by clichés – is because they never follow the easy, predictable route. And they weren't about to start with Bloom.

"We wanted to make an experience of new music, that people are going to remember, with maybe a couple things that they know from the past," emphasizes Dresden. A mix CD that would stand the test of time, a la the cream of the Northern Exposure or Global Underground discs. With this in mind, the duo chose a handful of tracks by other artists they felt passionate about, as well as select gems from their own catalog. Then, using those cuts as pivotal points, they rounded the program out by composing new material. "We ended up producing several new songs specifically to fit a particular spot in the set," explains Dresden.

In order to focus on completing Bloom, Gabriel & Dresden enforced a blackout on all outside remix gigs. But even with two such determined individuals, nothing ever goes quite as planned. "Very late in the game, the offer to remix Dido came about," Dresden recalls. The chance to put their stamp on "Don't Leave Home," from her best-selling Life For Rent – and potentially reach a whole new audience of listeners who are less familiar with club music – was too tempting to refuse.

The result is a 10+ minute masterpiece that marries the epic yet nuanced drama of Gabriel & Dresden with the intimacy of Dido's original, a rare feat that Josh Gabriel hopes will strike a chord with music lovers of all stripes. "What we're best at is taking underground techniques, and applying them to pop songs, and making credible, vocal dance music." So far, the prognosis for the remix's reception is encouraging: Dido went out of her way to e-mail them directly to thank them, saying she listened to their version before her shows every night.

"If I deeply affect one person, that makes me proud," Gabriel confesses. "When you deeply affect somebody you respect, that's even better. I was a Dido fan long before we touched her track, so her gratitude meant a lot to me."

The rest of Bloom is equally noteworthy, from the frisky syncopations and hypnotic, Middle Eastern-flavored hook of "Lament," to galloping rhythms and instantly recognizable vocals of the Junkie XL Club Mix of Sarah McLachlan's "World on Fire." With its pulsating tribal beats and luminescent aura, the Gabriel & Dresden original "Dub Horizon" unfolds like a journey by husky-driven sled over the frozen tundra, illuminated by the aurora borealis. Another high point is the team's celebrated Code 313 Dub Mix of Lili Haydn's "Anything," which showcases the pop violinist's virtuoso skills in a wholly unique, mesmerizing setting.

Though their rise to the top of their field may seem rapid, in reality Dave Dresden and Josh Gabriel are both longtime dance music veterans. Dresden began his career as one of the best-loved DJs in Connecticut, as well as a successful music journalist, before relocating to Los Angeles in 2000 to serve as the music director for GrooveRadio, and branching out as an A&R scout for clients including U.K. tastemaker Pete Tong. A California native, producer Josh Gabriel was already revered as the inventor of the popular software Mixman when he met Dresden at a rooftop party during the Winter Music Conference in Miami, FL in 2001. The two struck up a conversation, and Gabriel passed Dresden a copy of his latest track. "I went to my room and I listened to it and went, 'Wow, this is it!'" He immediately hipped Tong to the tune, "Wave 3," which soon became one of the biggest floor fillers of the year.

When Tong offered to reward Dave's hard work with a shot at remixing New Order's "Someone Like You," Dresden didn't hesitate to enlist Gabriel to join him in the enterprise. Thus began a series of increasingly high profile remixes and original tracks born from a creative dynamic that intermingles the talents of two very distinct personalities.

"To look at us, you would think that we have nothing in common," chuckles Dresden. He's very conservative, and I'm very liberal." Gabriel concurs, adding happily that both have begun to rub off on the other. "I'm very technical, logical, and reserved. I think a lot before I say something, while Dave is spur-of-the-moment, punk rock – the guy I'm afraid will drop a bomb at the wrong time. He's always trying to get me out of my skin, and I'm always trying to get him back in his."

And what waits on the horizon for Gabriel & Dresden? The unexpected, naturally. The final track on Bloom, an unadorned, acoustic version of Motorcycle's "Imagination," is just one indication of where their journey may lead them. Next up, Motorcycle plan to release a new single, with a full-length to follow. And after that? "It would be a highlight to produce for other people, like a U2 record," admits Gabriel. But ultimately, the duo's ambitions are just as modest as their achievements are grand: "I've been making music for 20 years," Gabriel concludes. "Having the luxury of knowing that now, no matter what happens, people will actually listen to what we do is very encouraging. 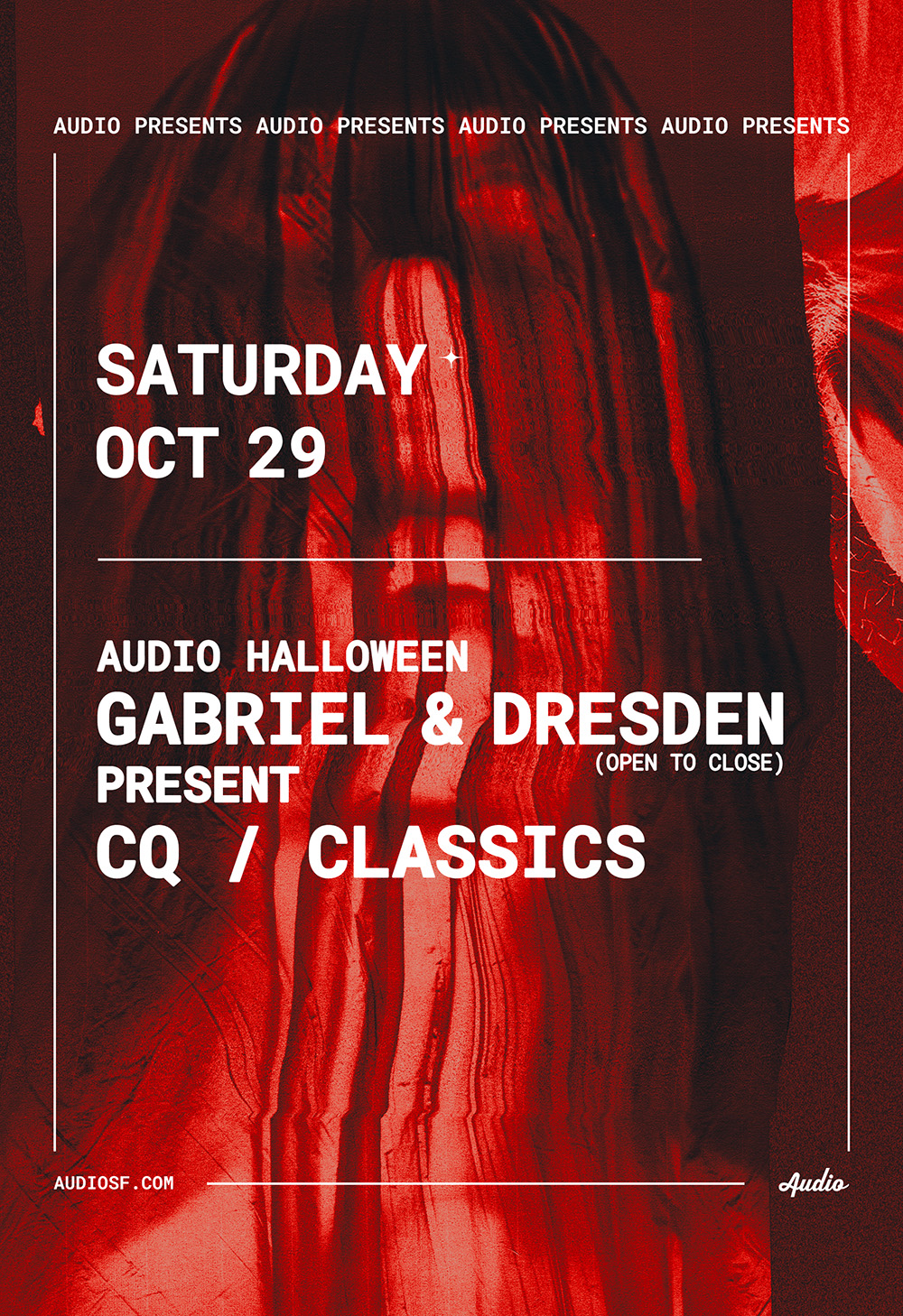