Night Train and Audio present Cinthie at the club on August 12th.

Berlin's Cinthie has grown to become one of the most revered and respected figures in contemporary electronic music in recent years both in her hometown and across the globe. Her touring schedule regularly sees her playing her inimitable DJ style in hotspot cities like Paris, London, Amsterdam, Barcelona, Stockholm, Seoul, Osaka, and of course her beloved hometown Berlin .

Djing in said city since the early nineties as a teenager Cinthie's depth of knowledge radiantly shines through in her sets and her productions, which traverse through a broad range of classic and contemporary House and Techno sounds. Recent times have seen Cinthie look inwards towards her aspirations for the future, and as a result, dedicated a huge portion of her time to building her own studio, featuring a wide spectrum of some of the most noteworthy vintage drum machines and synthesizers in existence.

Initially Cinthie made her mark with Diego Krause, Ed Herbst and stevn.aint.leavn as the Beste Modus / Beste Freunde collective, amongst running Unison Wax and We_R House on top of the main labels. Most recently she launched her 803 Crystalgrooves imprint to critical acclaim, a platform which has become a huge focus for her own productions for the foreseeable future as well as the imprint's sub-label Collective Cuts, which as the name suggests, welcomes music from affiliates and friends of the artist. On top of this there’s a burgeoning relationship with Will Saul's Aus imprint where her debut album comes in 2020. Cinthie’s unfaltering drive and dedication to all things House continues into another decade...

Support from Jimmy B & Papa Lu 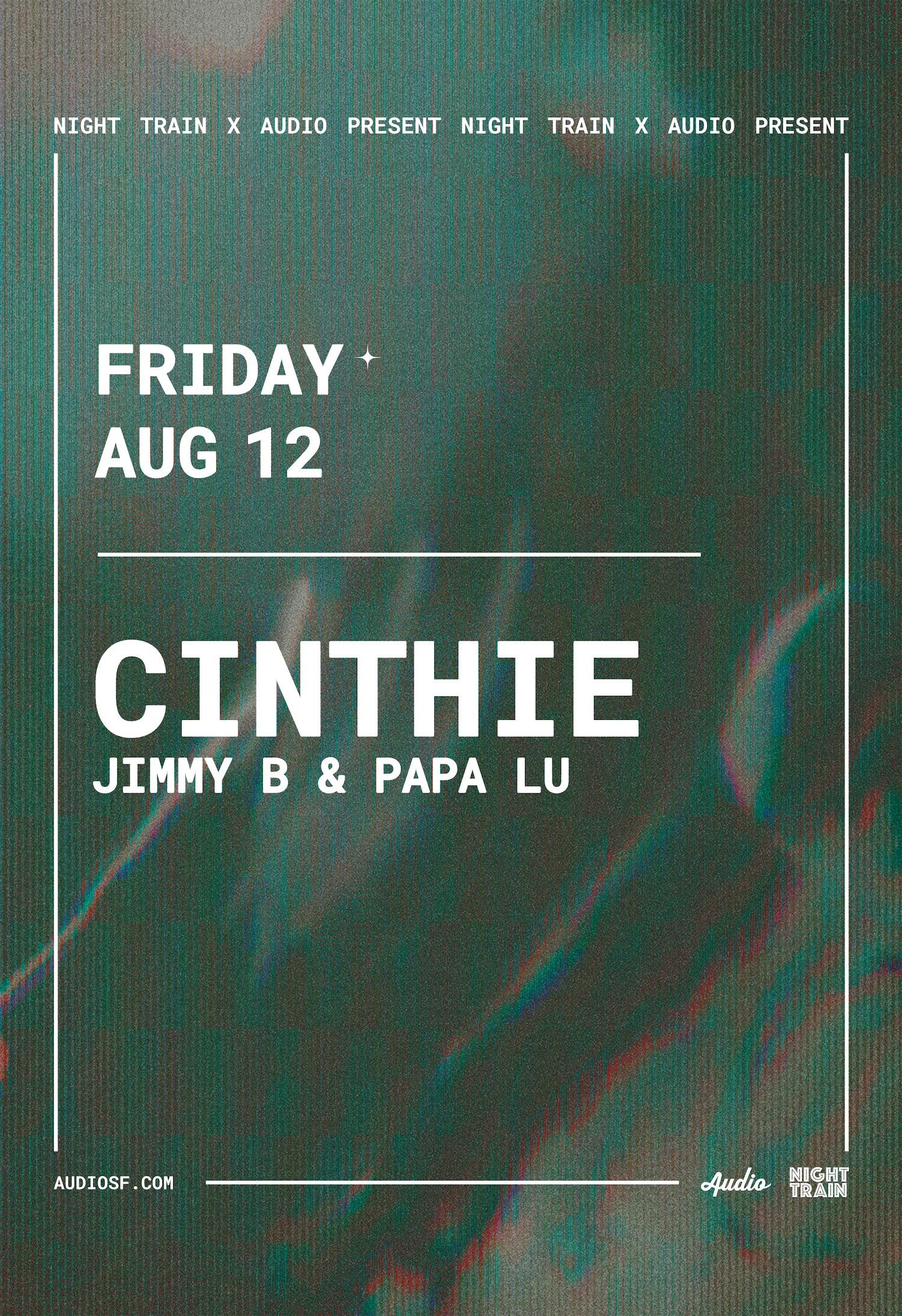