Audio and All Day All Night present Cazzette on May 22nd. The Swedish born producer always put on quite the performance, see you on the dancefloor 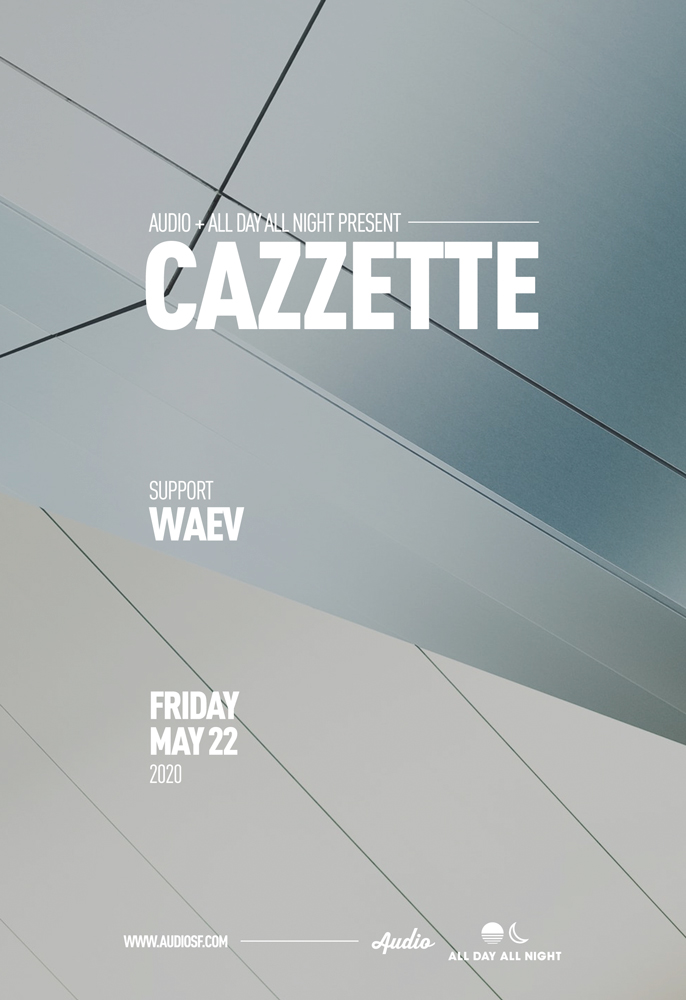