It’s a plain fact – close friends Grzegorz and Wojciech have had a stellar and prolific career as the house outfit Catz ‘N Dogz. Since 2003, the Polish producers and Pets Recordings’ label owners, known for electrifying performances and catchy cuts, have achieved a stratospheric rise through the ranks of DJ hierarchy, succeeding in all their sonic missions and boasting an enviable music pedigree.

Taking a firm lead in the Eastern European electronic music revolution, the pair has previously graced the cover of both Mixmag and DJ Mag Spain. Their international recognition has never lacked momentum, whether gaining a spot in the revered RA Top 100, to their LP ‘Basic Colour Theory’ being nominated in the Top 10 Albums of 2015 by DJ Mag, to being nominated for Best Track at WMC Awards 2013 with ‘They Frontin’ feat Monty Luke, to Producers of the Year 2013 from Muno.pl… The duo has even bridged the gap between underground and mainstream, with their recent release ‘Get It Right’ feat. Tanika featuring on Channel 4’s ‘Sunday Brunch’.

Catz ‘N Dogz are one of the few acts famed for both technical skill and ability to engage a live audience. Their knack for reading a crowd just right has seen them lording it on stage at some of the most prestigious festivals worldwide including SW4, Park Life, Bestival, Snowbombing, Electric Daisy Carnival and BPM, and has also resulted in them being booked for the iconic Movement Festival 2015 (Detroit) and Exit Festival 2015 (Serbia). On top of this, they continue to host their Pets Recordings label showcases from Berlin to Ibiza, Sonar to BPM and beyond, whilst the label goes from strength to strength.

Meanwhile their top-notch production capabilities have ensured them a place in any electronic music aficionado’s record collection. The dynamic duo already have a number of remarkable accolades under their belt, such as their acclaimed Essential Mix in 2013 and their previous two LPs ‘Escape From Zoo’ and ‘Stars of Zoo’. They’ve also released weighty remixes for a veritable who’s who in music, electronic or otherwise, including Basement Jaxx, Kings Of Leon, Friendly Fires, Kim Ann Foxman and Thomas Schumacher’s ‘Hush’, which was entrenched at #1 on the Beatport tech house charts for five consecutive months.

2015 was a significantly prosperous year in their musical odyssey, thanks to their studio album ‘Basic Colour Theory’. A fruitful collection of evocative melodies and gorgeous vocals, this fifteen-track voyage through experimental sounds was a new approach to electronic music. With the likes of the legendary Green Velvet, Peter, Bjorn & John featuring as guest vocalists, this album marked a pivotal moment in their career, as traditional songwriting meets Catz ‘N Dogz’ signature infectious basslines; a natural result of extensive sonic exploration and the osmotic process of years of DJing worldwide, all the while developing a deeper understanding of what they want to say through their music. Leading track ‘Get It Right (feat. Tanika)’ in particular caused a storm, being picked as Annie Mac’s Hottest Record in the World on BBC Radio 1, and featuring on Channel 4’s Sunday Brunch.

Following on from the huge success of the album, 2016 saw the release of ‘Basic Colour Theory Remixed’, offering an alternative flip to the much loved original and featuring explosive remixes from the likes of Claude Von Stroke, Jamie Jones, Maurice Fulton, Anja Schneider and Jay Shepheard. If the strength of the remixers and their remixes tells us anything, it’s that Basic Colour Theory is an album that will continue to excite as the years go on.

Yet that’s not all – the acclaimed ‘Upsi Bubsi’ EP came out half way through 2016 and ‘It’s Happening’ towards the end of the year, showing the duo’s continued on-point production and sonic progression, and to finish the year in style, they brought their Pets Recording crew to Szczecin for an unforgettable Boiler Room party – once again proving the unrivaled passionate dedication to their craft, which continues to push them higher into the DJ stratosphere.

In early 2017 the duo debuted on the highly respected AUS Music with the Interpretations EP, Catz ’N Dogz’s takes on original tracks from Geeman, Bicep and George Fitzgerald followed by an invitation to mix Watergate #22- a compilation series from the well known German label. Original productions, a broad selection of tracks and key remixes from Prosumer and Sebo K scored them a Faze Mag cover & 3 page interview, proving that the Polish duo still has lots to offer.

Late summer saw the release of their remix of Marlena Shaw’s classic, ‘Woman of The Ghetto’, which was selected as Annie Mac’s Hottest Record in the World on BBC Radio 1. It became a Summer ’17 anthem, played on the dancefoors by the finest selectors of our scene.

In the fall Catz ’n Dogz collaborated with Seth Troxler on a new production as part of Boiler Room / Ballentines’ True Music project and played an unforgettable BR set in Warsaw Poland that proved they are still number 1 in their homeland.

The duo completed the year on a high with the release of their Rave History EP on Pets Recordings. The official music video was premiered via MixMag & the title track has been sitting strong at #1 on the Electronica charts on Beatport for a consecutive 4 weeks, replacing Bicep’s hit ‘Glue’. As 2018 begins, the duo shows absolutely no signs of slowing down with a hotly anticipated return to Dirtybird, a 4th album planned for this year and a 3rd edition of their own Wooded festival project in Poland. 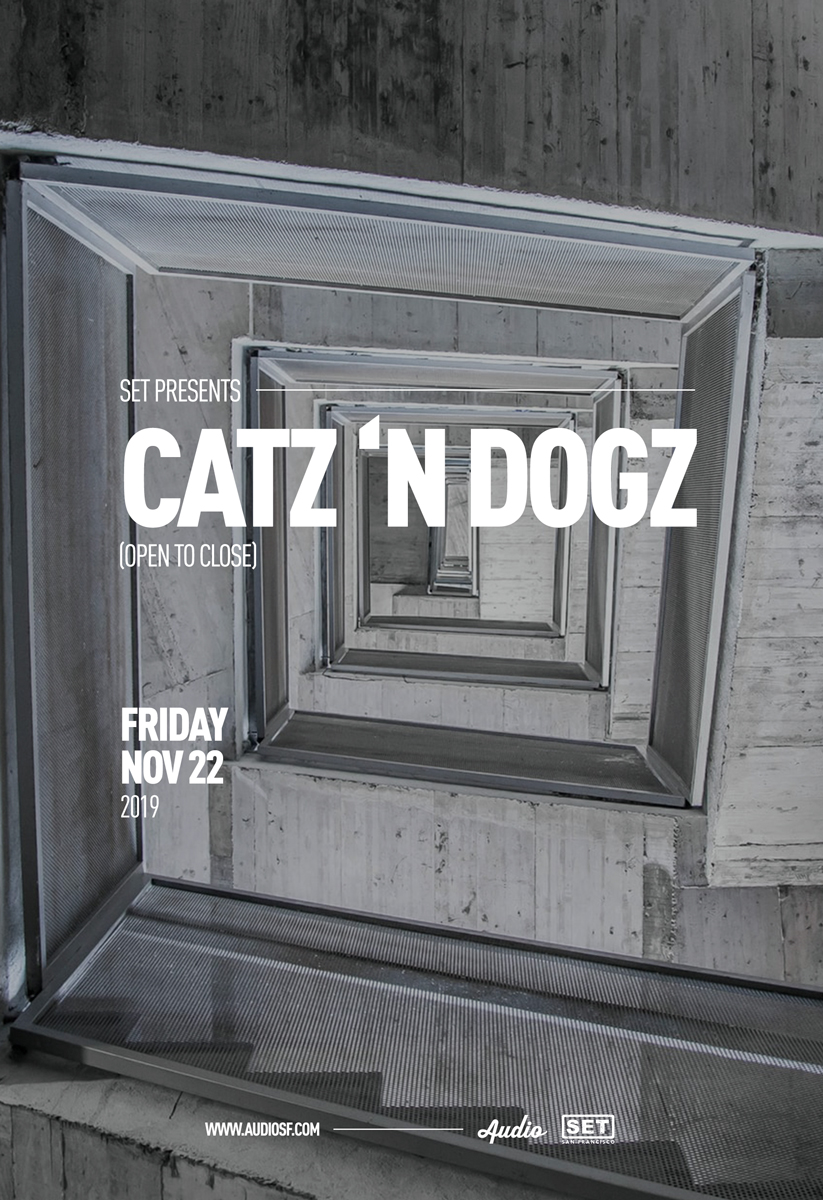