Saturday, July 03
CARL CRAIG
Audio is working within the parameters of the SF Bar Owners Alliance which asks that customers and staff show proof of vaccination or negative COVID test within 72 hours of an event to attend our indoor facility.

Carl Craig is described as a creative visionary, a groundbreaking electronic music icon, an inspirational artist, an esteemed Grammy-nominated composer, a world-class DJ and an ambassador for his native Detroit. Yet the common thread that runs through Craig’s broad musical canon and creative projects is a resounding fascination with futurism. Carl Craig has cultivated a unique path as an artist, entrepreneur and civic leader, guided by his tendency toward forward thinking.

Craig released his first track in 1989. One of his earliest mentors and first collaborator was Derrick May, whose imprint Craig also released some of his early music on.

In 1991, wanting pure artistic freedom, Craig set up his own label Planet-E and released ‘4 Jazz Funk Classics’, under the moniker 69, as the label’s first release. From here his wild exploration of sound intensified… 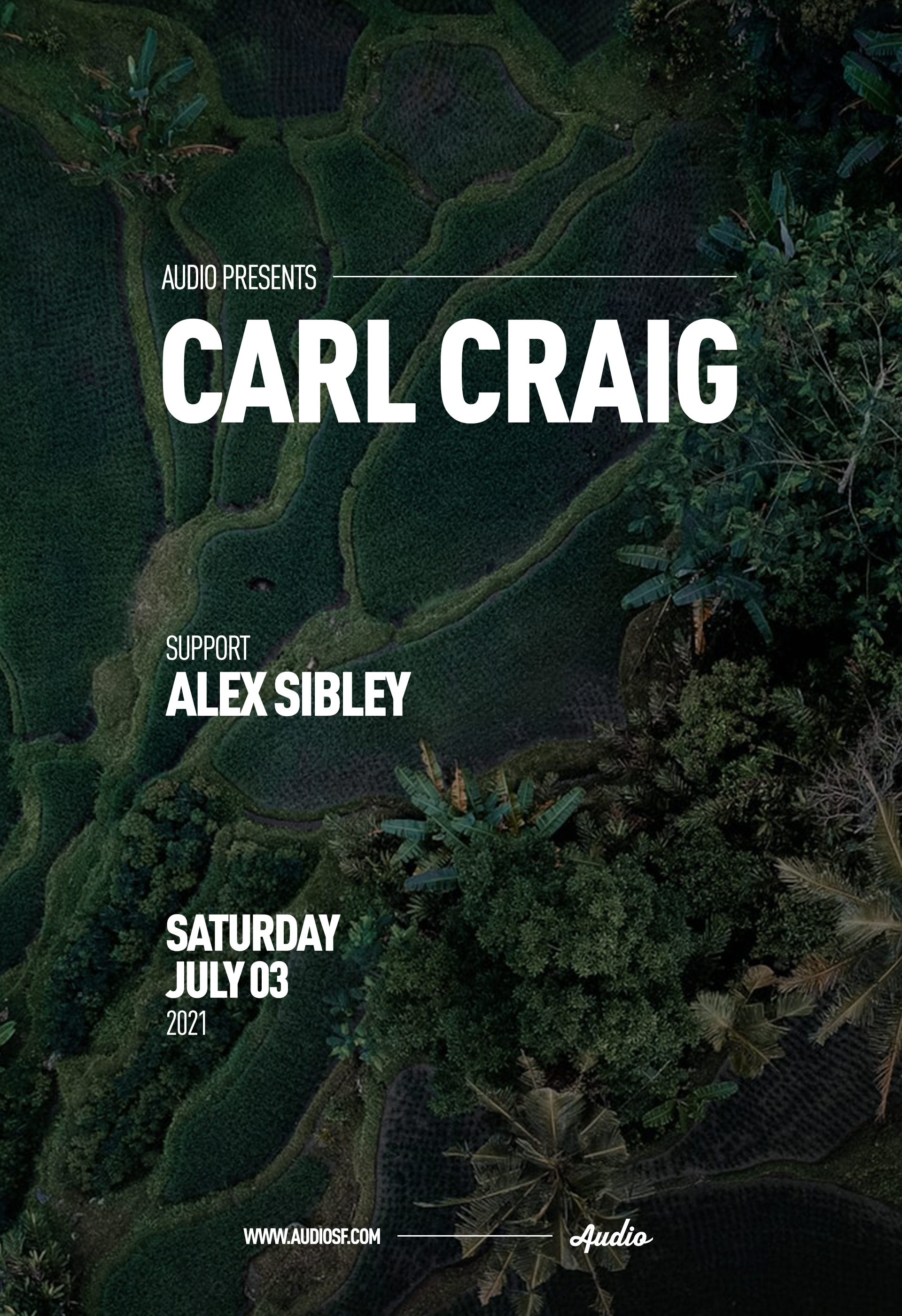