For danish native Kölsch, Kompakt is the “perfect label” to call “home.” The much -‐ revered Cologne-‐based imprint released Kölsch’s albums ‘1977’ and ‘1983’ continuing a tradition of providing ground breaking and genre-‐defining cuts. Kölsch’s work proved to rewrite the rulebook on techno production, setting it on a melodic, emotion-‐induced course. Kölsch's first critically acclaimed album release, ‘1977’, which is full of timeless tracks such as Loreley, Opa, Oma and Goldfisch, signifies the year of his birth and draws inspiration from his culturally diverse upbringing. He notes himself, “being half Irish, half German and living in Denmark – it was all one big messy period of my life.” Living in Christiania, an anarchic hippie commune in Copenhagen while spending school summers in Germany with his grandparents, he recalls how ‘1977’ was a product of “reminiscing about what shaped me as a kid” and “the weird ideas and concepts I had on my mind at the time.” While Rune attributes the emotion of ‘1977’ to the “solace” and “imaginary world that I would spend days in,” the description of ‘1983’ is as a “travel album,” sound tracking the first year he travelled through Europe aged six. The sentimentality is clear; the journey is vibrant and picturesque. He describes the experience of traveling from Denmark through Europe to the South of France as driving from “cold northern winter through the spring into the summer.”. The elegant, anthemic, transcendent soundtrack, which engulfs the listener from the outset is a sonic coupling of classical composition and contemporary production, with the addition of Gregor Schwellenbach's emotive orchestral strings blend in harmony with the beat-‐laden percussion, offering a symphony of sound unheard in the techno spectrum. Radio 1 DJ Annie Mac has shown her undying support, noting 'that man is sort of King when it comes to pianos and house music. He’s got a way of wrenching your emotions". With a string of high profile festival shows Kölsch has continued his run of global domination with his Ibiza residency ‘In The Dark’ at Hï Ibiza, iconic DC 10, Berghain/ Panorambar DJ sets and his infamous live stream for 5 million people on top of the Eiffel Tower in Paris in October. Add to that his a successful BBC Radio 1 residency, one of the biggest club hits of the summer with his remix of London Grammar’s 'Hell to the Liars’ and a worldwide ‘1989’ album tour, which which sees him touch down in Miami, London, Berlin, Paris, San Francisco, Milan, New York, Los Angeles, Montreal, Buenos Aires, Sao Paolo, Cologne, Hasselt, Dublin, Glasgow, Sydney and Melbourne. 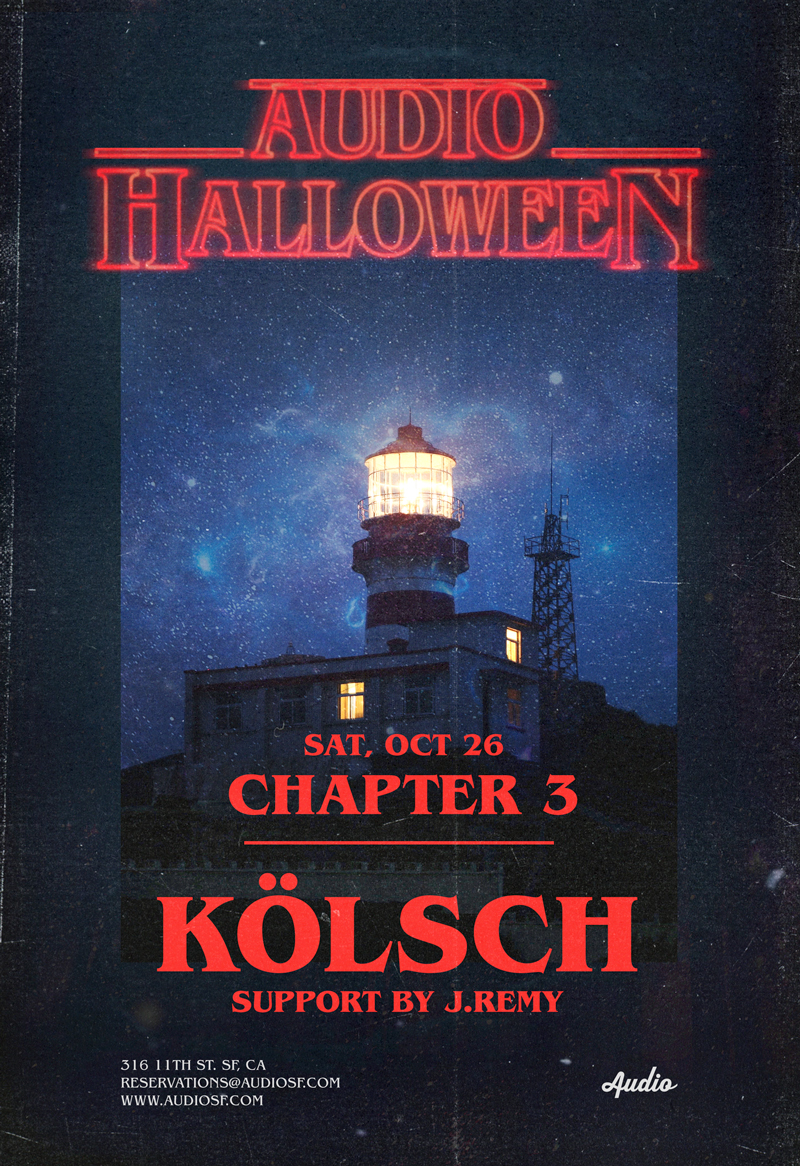