Audio presents an action packed double headliner on May 11th when Astronomar and Jace Mek come hit the club.

Hailing from Juneau, Alaska, Marlon Lumba aka Astronomar was brought up on a eclectic record collection comprised of Steely Dan, MF Doom and Switch. After relocating to Los Angeles in his early twenties, Mar, as his friends like to call him, has become a mainstay in the US club scene. His 2013 remix of Wax Motif & Neoteric’s ‘Go Deep’ blew up after nightly plays from Skrillex & Boys Noize, including a play on Skrillex's Essential Mix for BBC Radio1. The remix hype further propelled Mar to notable releases on tastemaker labels including Mad Decent, Fools Gold, OWSLA, Dim Mak, BNR Trax and his own label Main Course, which he co-founded w/ Bot (1/2 of legendary Crookers) & Neoteric. Mar's magical touch has definitely not gone unnoticed, being called upon to craft remixes for other noteworthy artists including What So Not, RL Grime, UZ and Canblaster, which has sparked a cult like following for the Alaskan wunderkind. There’s no dance festival in the US absent of a fan sporting the unmistakable Main Course logo tee.

Twenty-two year-old Jace Mek is unconventional, as reflected in his musical exchange. His career commenced with two releases on Main Course Records, ‘Wuki - Same Damn Sound (Jace Mek Remix)’ and ‘Astronomar - Thot Process (Jace Mek Remix)’. followed by “Peyote” in collaboration with BIGGS, released on Steve Aoki’s imprint Dim Mak as part of their latest project New Noise. A second track was released through Dim Mak titled 'Flip The Funk' a few months later. Early 2016, Jace Mek released 'Whales' on Tchami's imprint 'Confession'. After being on a 3 month hiatus, Jace Mek came back strong with 'Understand' on Diplo's record label, 'Good Enuff'. On top of those pieces, Jace Mek has released several other tracks on 'Confession' such as 'It Said', and his remix for Tchami & Malaa's 'Prophecy'. He also received the opportunity to release an official remix for GTA & Vince Staples' original 'Little Bit of This' on Warner Bros. Music.

Support by IceCreams, Michiø + Willaa from Pizza and Techno

What started out as some friends cooking pizza and playing music in the Panhandle park of San Francisco evolved into a movement focused on fun, food, and freaky house and techno beats. Pizza and Techno brings you the freshest tunes, hottest up and coming talent, and the wildest daytime (and nighttime) parties in the Bay Area. 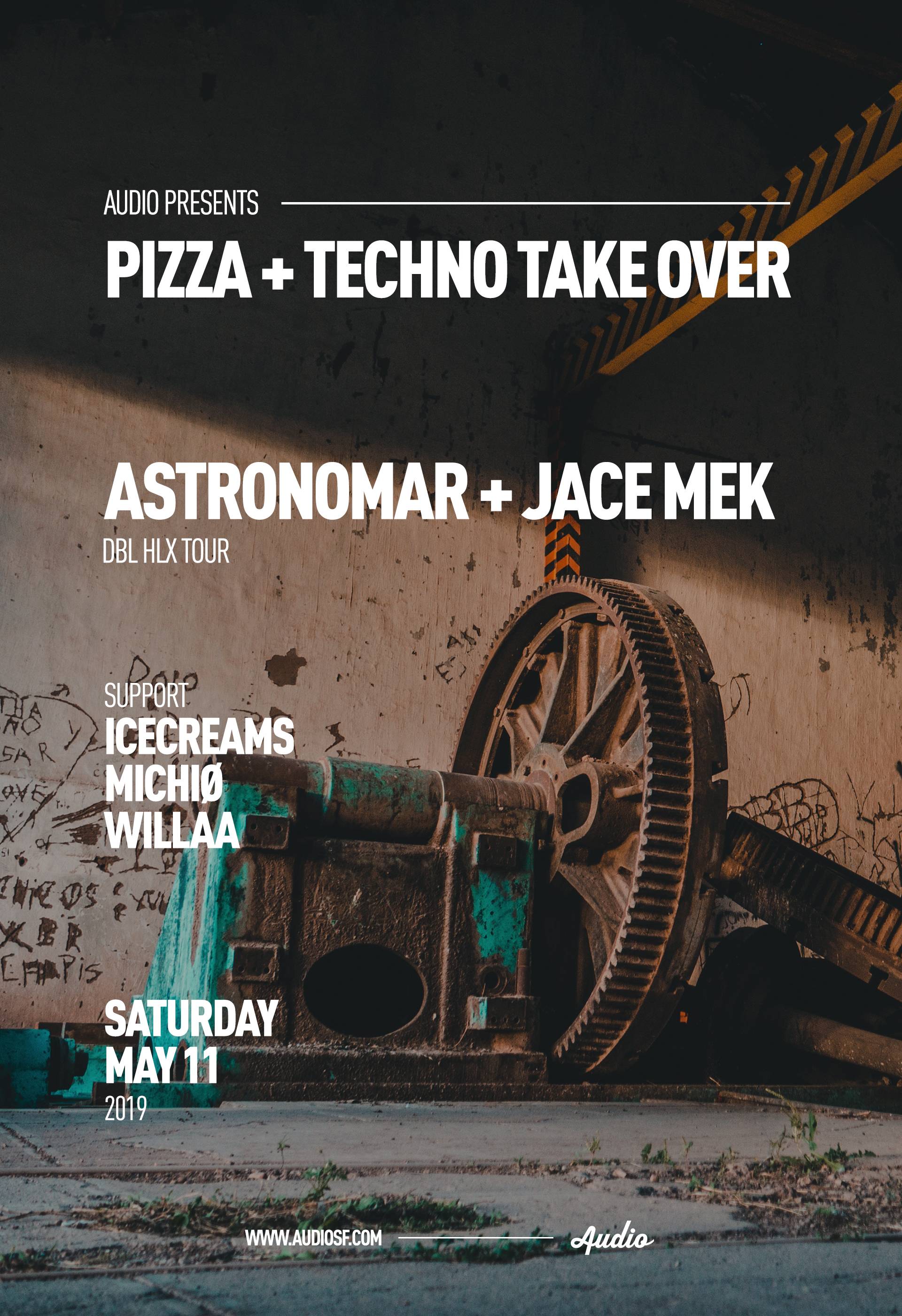