Saturday, March 28
ARTBAT & Worakls @ The SF Mint
All Day All Night and Audio invite you to our first major day party of 2020 featuring ARTBAT & Woralks at the historic San Francisco MINT on March 28th. This massive double headliner at one of the most iconic venues in San Francisco is a do-not-miss event.

ARTBAT: ARTBAT, the Ukranian duo of Artur & Batish, are currently among the most successful Ukrainian electronic acts and enjoy global recognition. Over the last couple of years, the two experienced deejays and producers from Kiev, have completed a rewarding transition from the debut release, to their current standing in the scene. The key to ARTBAT’s success lies within their powerful and inventive sound of the highest quality. Their tracks have an impressive capacity to fuel both intimate dance floors and huge arenas with energy and drive. It’s for these very reasons why many renowned artists are attracted by ARTBAT’s music. Such dance music authorities like Solomun, Tale Of Us, Pete Tong, Deadmau5 and Richie Hawtin are now regularly spinning ARTBAT’s tracks during their sets.

WORAKLS: The young French prodigy Worakls is a composer above all. As he grew up in a family of musicians, he started to learn the piano at the age of 3. Soon after the Conservatory, he finds in electronic music a perfect way to give his melodies this incomparable onirism and strengh that suit them so well.

About the venue - The setting makes you feel like you're in a castle in the middle of Europe and It still has burn marks from the 1906 fire which it survived. It's spectacular. The San Francisco Mint, also affectionately known as The Granite Lady, was said to have held nearly 1/3 of the nation’s wealth in its heyday. Opening in 1874, it miraculously withstood the devastating effects of the 1906 earthquake and fire and, continued operation until 1937. The Old Mint was designated a National Historic Landmark in 1961. 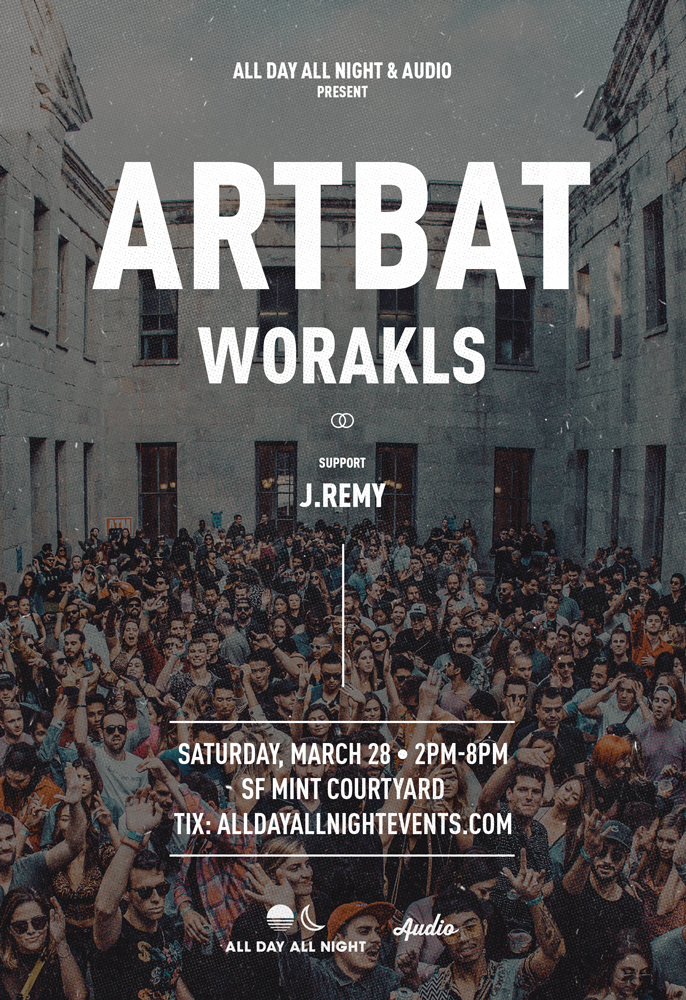