Born in Tehran, Ardalan found himself gravitating towards an unlikely passion for music at an early age Enamored first by traditional Iranian music and classic jazz and rock, Ardalan’s taste began to transform with his childhood years spent moving back and forth from Iran and California. With each intercontinental return, Ardalan grew his treasure trove of mixtapes filled with rare musical gems like gangsta rap, Italo disco, and movie and video game soundtracks–the best of the West.

Naturally, when he permanently returned to California in 2006, his distinct taste in music drew him towards long-lasting friendships, which were born through exchanges of mixtape gold and out seeking underground excursions. Ardalan became a regular of the underground scene in the Bay Area, absorbing the sounds of house and techno from the likes of Solar and Galen at the legendary Sunset Sound System parties, and it wasn’t long before he was hooked. Full of his signature charm, spark of energy, and an insatiable curiosity for left-of-center music, soon he found his way to a fateful BBQ in San Francisco, a legendary party that is largely known as the origin story lore of the Dirtybird crew. Immediately, the crew took to young Ardy like family.

Then came “Mr. Spock.” Call it beginner’s luck, or more likely, a sign of what was to come–in2010, Ardalan shared one of his earliest studio explorations with Justin Martin, which became the foundation for the breakout hit. “Mr. Spock,” in its bizarre and booty-shaking glory, has been accredited as one of the “tracks that made Dirtybird famous,” helping to define the label’s now darling reputation as a trusted source of ridiculous, off-the-wall dance floor bangers. Since, he continued to translate his deep-rooted connection to the dance floor in the studio with remixes on Toy Tonics, Play It Down, Yoshitoshi, and Dirtybird.

A decade later, Ardy is a favored act on line-ups who trust in his ability to fire up a crowd with his DJ prowess and ability to make eclectic selections feel right at home on the dancefloor. He’s played at Coachella, Dirtybird Campout, CRSSD, Secret Garden, Desert Hearts and at esteemed venues like Space Miami, New York’s Output, and Detroit’s TV Lounge.

Next, Ardalan sets his sights on defining his own sound in the studio with the release of his debut album, Mr. Good. He’s set out to push his reputation as a musical chameleon to the limits with his record; a powerful melding of tough, jarring beats with lush melodies. Equally, rowdy as it is introspective, it’s safe to say that like Ardalan himself, there’s nothing out there like Mr. Good. 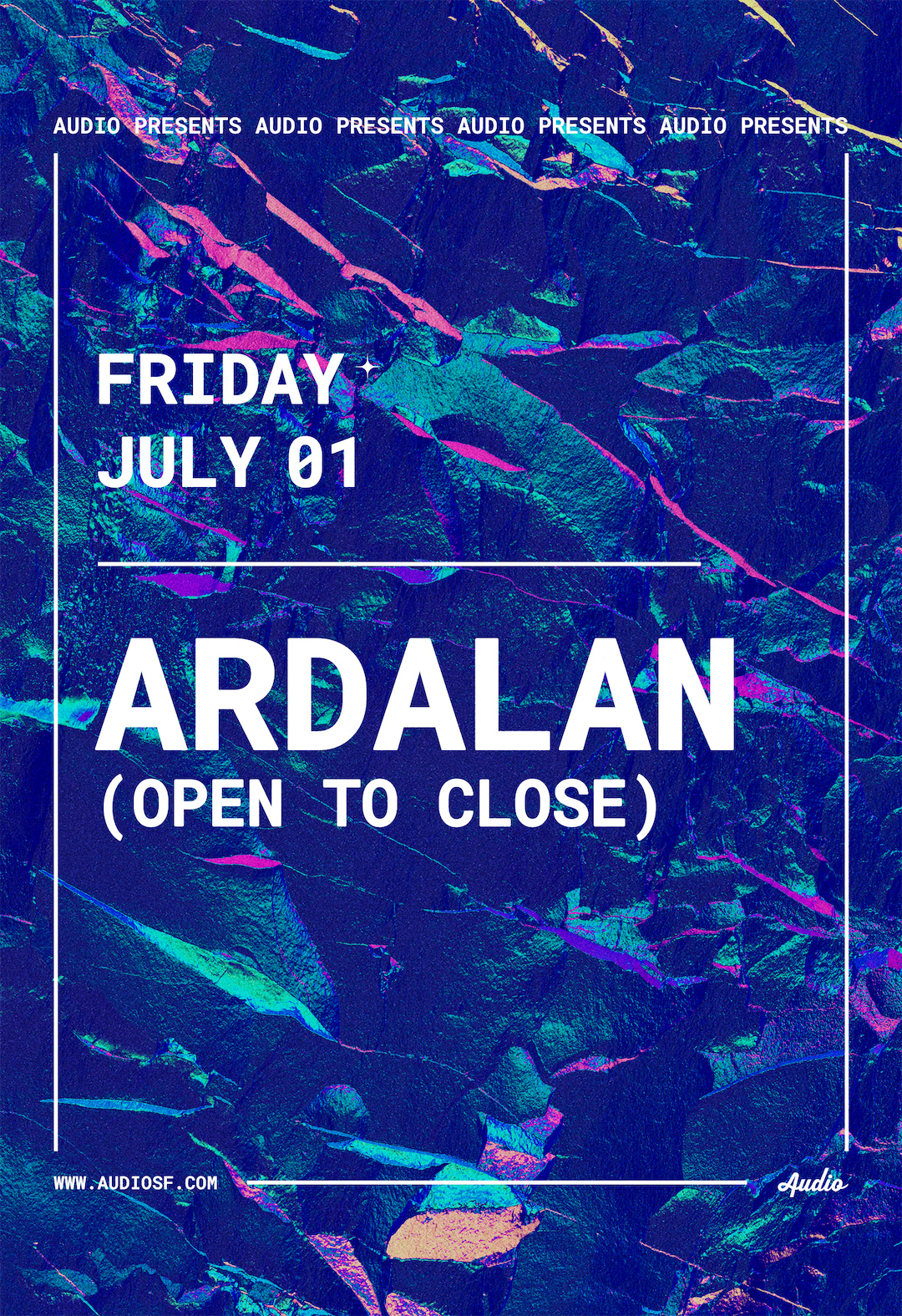