ANGELZ synthesized his experience as a producer and his passion as a music lover. “I’ve always liked the rawness of hip-hop mixed with the repetition of house beats. In my live sets, I’ll take some obscure techno tracks and make edits, maybe add acappellas over it, and make them into new tracks. It helps people digest complex genres when you have something familiar.” The former Def Jam signee, who ghost-produced chart topping beats between homework assignments as a 15-year-old, says “Everyone, the labels, were coming at me, asking me to replicate a track I’d made for someone else. So I started sending them random stuff. I had started listening to Detroit techno and Chicago house, and they were like ‘No one can rap on these beats!’ So they stopped calling.” The demand for conformity reminded him of the time his piano teacher chided him for deviating from the assignment and creating a song instead of studying one.

Hailing from Phoenix, Arizona, Bijou has taken his native scene by storm. Spinning hundreds of local shows a year atthe most populated venues in the city, it was only a matter of time before Ben Dorman saw the light outside of Arizona...

Playing across the country in cities like Las Vegas, New York, Seattle, and San Diego, Bijou’s street cred grows even more reputable by the day.

With releases on Night Bass, Fool’s Gold, and Prep School Recordings, as well as a hit collaboration with Dr. Fresch,“Hello,” which has received support from AC Slater, Destructo, Don Diablo, Drezo, Malaa, Party Favor, and Wax Motif,Bijou has a cacophony of support To prove his worth.

Infusing elements of hip-hop with those of classic house, Dorman is poised to join the ranks of the G-House supreme.

The vibes are sexy, the bass is dark, and the dancefloors are primed for the sounds of Bijou..

Hailing from Brazil, Ciszak represents the new breed of house and tech house producers. Starting as a young musician and developing to a full time producer and DJ, Ciszak kicked off his career with a release on 303Lovers and Go Deeva. The impact was felt immediately, with both releases reaching the top of the tech house charts on Beatport. 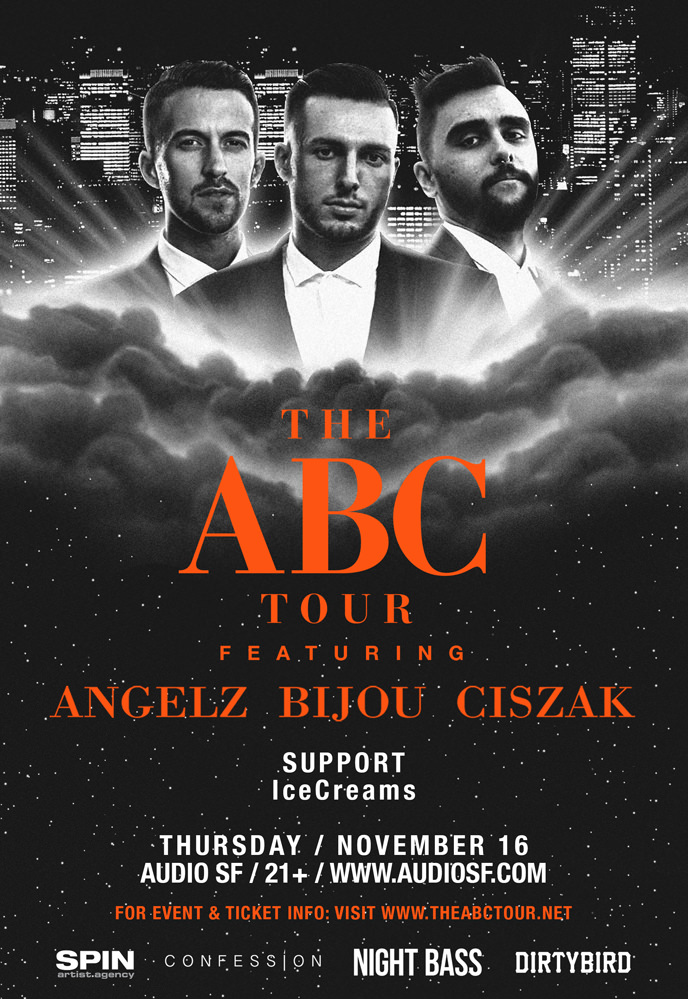