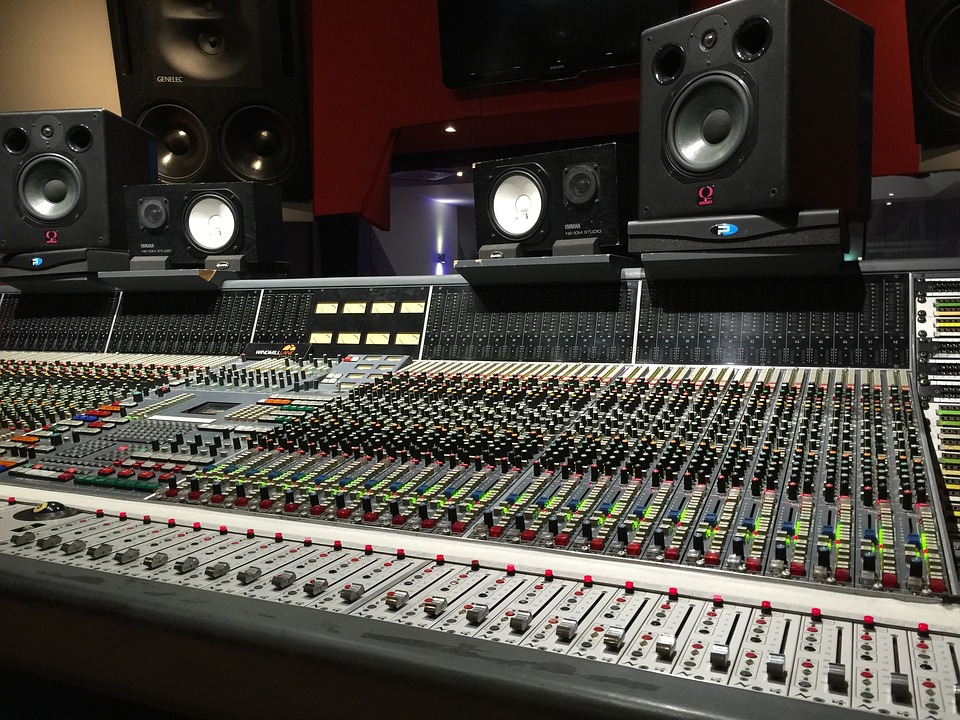 Plain and simple, let’s admit one thing that many of us familiar with the production world as already – sadly – aware of: that artists are not paid enough for their work.

This seems a bit contradictory, in a sense, since music streaming platforms have played a significant role in bringing the music industry back to revenue-making life. As major labels continue to increase their profit due to the platforms – for example, WMG reported that streaming revenue “pushed the company over the $1 billion mark for the 2016 calendar year” (Digital Music News) – artists are still overlooked.

This lack of payout for musicians is a controversial subject that continues to stand with blurred lines. Streaming services like YouTube, Spotify and Soundcloud have become some of the most prominent platforms for music discovery and, as a result, sources of income for artists who are using the platforms to share their music with the online community.

The problem with this? These platforms are barely paying musicians royalties for plays on their tracks. Former Warner Music Group CEO Lyor Cohen attempted to defend YouTube from the criticisms the platform has received from the music industry in a blog post, claiming that YouTube actually pays an artist $3 for each 1,000 streams. He also claims that YouTube has provided over $2 billion to the music industry in total, with half of that occurring over the last year. Even then, $3 per 1,000 streams – which equates to roughly $.0013 per stream – is not much at all.

However, the Recording Industry Association of America – better known as the RIAA – is standing against these claims. A study conducted by Information is Beautiful and reported on by Digital Music News analyzed eight of the most prominent streaming platforms – Napster, Pandora, Apple Music, YouTube, TIDAL, Spotify, Deezer and Google Play – by combining data from artists and various sources to find statistics relevant to 2017. YouTube sat at the bottom with an average of $.0006 per stream for unsigned artists.

Think of it this way: let’s say the average rent in San Francisco is roughly $3,150, according to RentCafe. That means an artist would need 5.25 million streams a month on YouTube in order to meet their rent requirement.

How is anyone expected to be able to make a substantial profit off their creations via YouTube, then?

And that’s just one platform on the list. Let’s look at a few of the the other platforms IiB analyzed that play a key role in the electronic music industry. 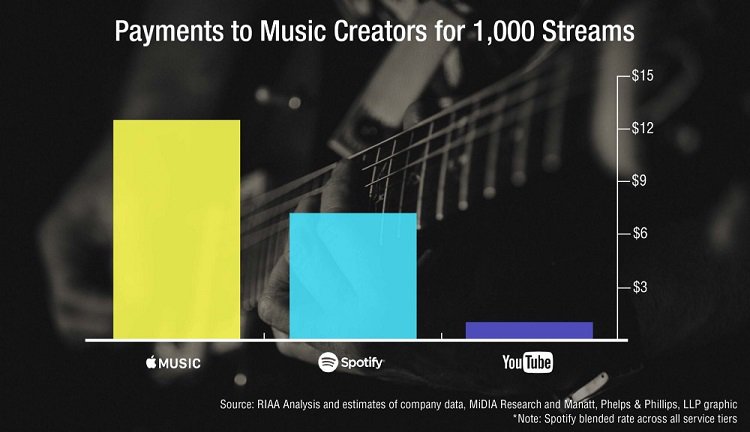 These numbers are painful to see when you consider the amount of time, effort and stress an artist dedicates into making even a single track. They’re also heartbreaking when you consider the amount of money dedicated to the “small people” – the creators, the vocalists, the producers, the artists – versus what is taken by large record labels and even the platforms themselves.

If there is one thing made clear here, it’s this: the music industry does not pay the key builders that provide its content, its livelihood and its soul anywhere near as much as they used to – or as they should, for that matter.